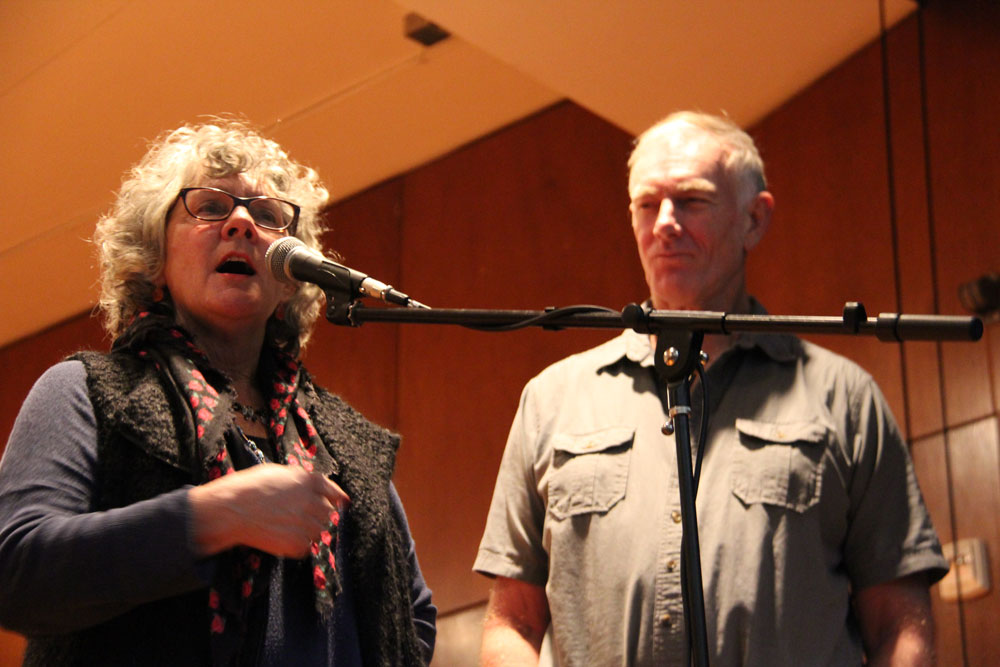 The movie discusses the is- sues of race, politics and identity while focusing most of its attention on its complex, believable characters that make it a period film reflective to today’s issues on border control.

Sayles, writer and director of “Lone Star,” explained how the film went from an idea to illustrate a fictional observation of South Texas.

“Some of my inspiration for ‘Lone Star’ was my fascination for the ‘Davy Crockett’ series …when I was a kid,but the other part was inspired when I was down in Texas writing a screenplay for the movie ‘Piranha’ and I had a day off and decided to visit the Alamo. There was a demonstration that day by Chicano people saying, ‘Why don’t you tell the whole story?’ So, when I went inside the Alamo, I heard the official story by the Daughters of the Alamo and that got me thinking, what really did happen there?”

That is when Sayles got interested in South Texas and how the border has a different vibe then the rest of Texas. According to Sayles, during the ’90s in a lot of those southern

counties, the old Anglo families were starting to lose a lot of control over the courts and businesses, but there have always been Spanish speakers in those areas.

“The majority of the Spanish speakers weren’t immi- grants because their families had lived there before there was a United States,” Sayles said. “They have never been Mexicans. I mean, their rela- tives were Mexicans but as soon as there was a Texas they automatically became Texans. They had never lived on the other side of the Rio Grande, but they had relatives who did. So, I was interested in how that community made that transition and that is how ‘Lone Star’ came about.”

The film was presented as an opportunity for the Del Mar College and local communities to consider themes of great significance in our region through the lens of film and the filmmaking process.

The nominal center of “Lone Star” uses the fictional investigation of a 25-year-old murder as the framework for a detailed exploration of life in a Texas border town. Sheriff Sam Deeds (Chris Cooper), the chief law officer of the town of Frontera, is the son of the late Buddy Deeds (played in flashbacks by Matthew McConaughey), who also served as town sheriff and still maintains a legendary status for ousting the vicious, corrupt Charlie Wade (a memorably vicious Kris Kristofferson) in the ‘50s.

The discovery of Wade’s decades-old skeleton, however,this legend into question, and forces Sam to begin an investigation. During this search for the truth, Sam must come to terms with his own troubled emotions about his father and his still-lingering romantic feelings for Pilar (Elizabeth Pena), a Hispanic woman who Buddy had prevented him from seeing as a young man.

Sayles and Renzi stuck around after the screening to answer questions and talk with students and faculty.