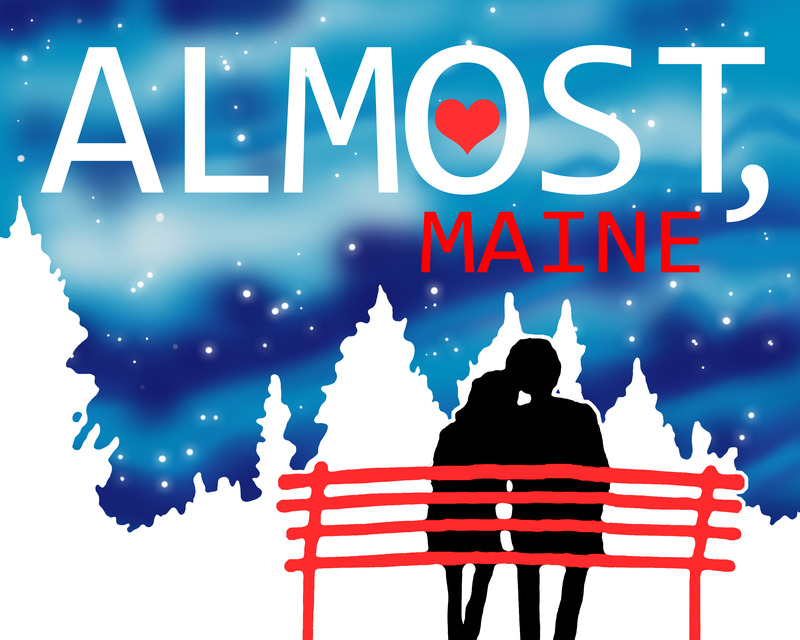 A town located so far north that it is almost not in the United States but almost in Canada is known as Almost, Maine. It is not on any map because its residents never got around to being organized. In a sense, one can say Almost is just that, “almost?”

“Almost, Maine” is one of the most widely produced plays over the past two years and now the Del Mar College Drama Department will present its performance of the play from March 8-12.

“We have been working on this production since the beginning of the semester,” said Carl Yowell, DMC professor of drama, and director of the play.

“There are eight actors on stage during the show but 30- 40 students have been working on the play altogether,” Yowell said.

The play is a series of hilarious, heartbreaking and surprising scenes, where love struggles to survive. Almost’s residents find themselves falling in and out of love in the strangest of ways while the northern lights hover in the sky above.

“So far, I really like the play,” said Valerie Charles, a drama major at Del Mar College and one of the actors in the play. “It’s really sweet. It’s really heartfelt. There are moments where … I’ve seen some of these scenes about four or five times and I still want to cry .”

Sarah Waddle, a drama major at Del Mar College and one of the cast members in “Almost, Maine,” urged students to attend the show.

“I feel like you get to see what your fellow students have been working so hard to create. You come here and see so many stories put out on the stage and you get to walk away with something to think and feel about, “ she said. “Whether it is bad or good, I think that people don’t get to experience that a lot these days.”

The Tuesday through Saturday production run starts at 7:30 each evening on the Finley Theatre stage, located in the Fine Arts Center on Del Mar College’s East Campus on Ayers Street. The March 8 opening performance includes a post-show reception, and the March 10 performance is Student Appreciation Night with free admission for all area students with a valid ID (one ticket per ID) and all others are $6.

Tickets are $10 general admission; $6 DMC staff and students (with valid ID), seniors and military; and $3 DMC “student rush” tickets available only at the Box Office.

Tickets can be purchased online at www.delmar.edu/ drama. The Box Office opens at 6:30 p.m. before each per- formance. For more information about the production, contact the DMC Drama department at 698-2255 or drama@delmar.edu.