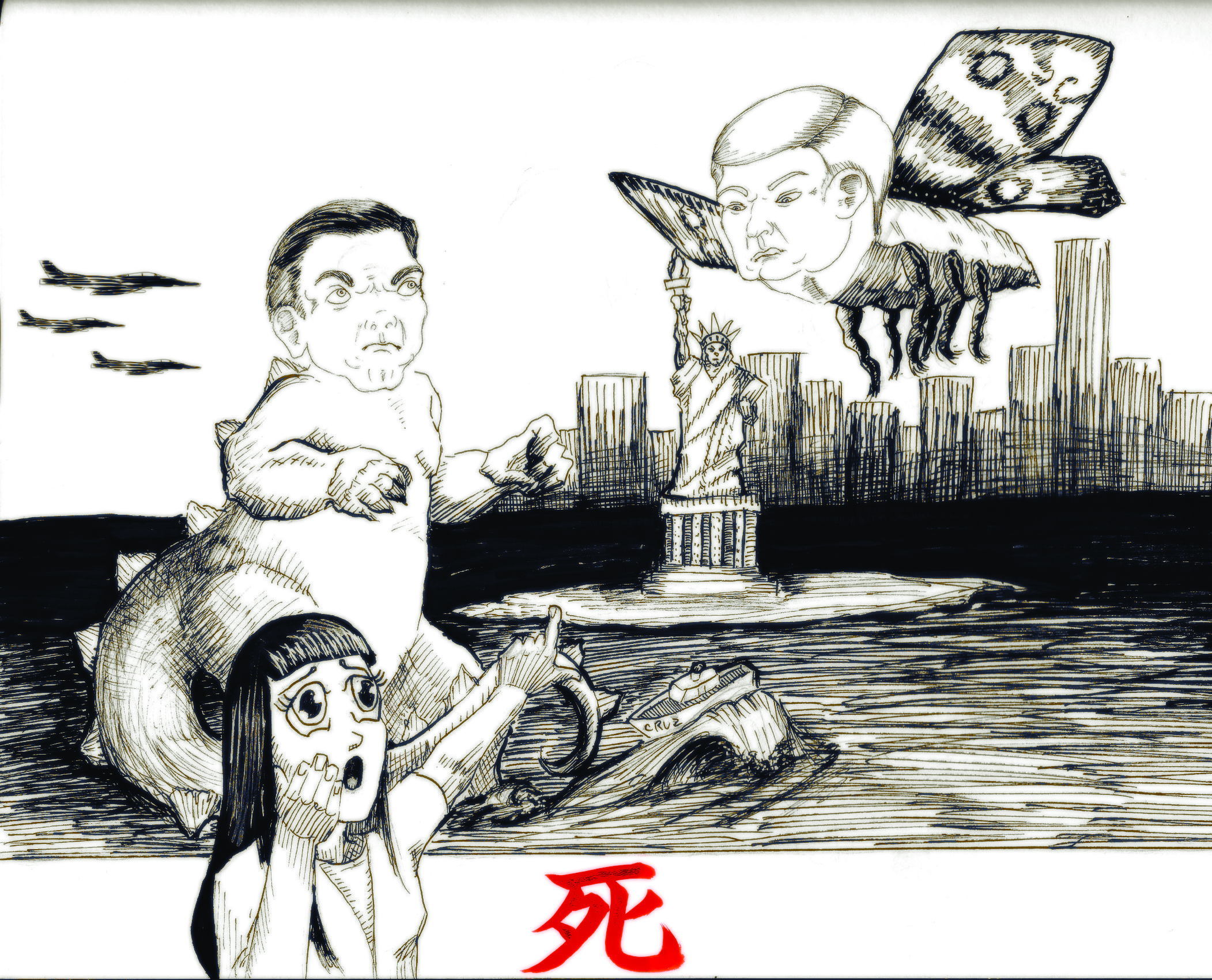 There’s no doubt that this year’s primaries had a large voter turnout compared with 2014, but why is that? Why has there been a resurgence in exercising the public’s civic duty?

It’s thought the reason for the high turnout has to do with the presidential races, which held great appeal for Texas voters because the state’s primary held more sway in big-ticket national races than it has in previous years.

According to the records in the Nueces County Courthouse, 27.3 percent of registered voters in Nueces County turned out in this year’s primaries. That is a 16 percent increase to the voter turnout in 2014, when only 11.3 percent voted.

Erratic antics coming from the Republican presidential candidates is unprofessional but grabs the attention to the modern viewer.

In the 2014 Democratic primary, 4,692 ballots were cast during early voting; however, this year 11,028 Democrats cast a ballot early.

But the most dramatic turnout came from the Republican Party.

If anything, we can thank Trump and the rest of the Republican candidates for that.

In early voting this year, Republicans far exceeded turnout for the past 24 years.

Voter turnout in this year’s presidential primaries has been breaking records, but only on the Republican side.

“There’s no question about it, Donald Trump is the main cause of high Republican turnout,” said Larry Sabato, director of the Center for Politics at University of Virginia. “Love him or hate him, he’s the center of attention. If Trump becomes the Republican nominee, I’d bet right now on a very large November turnout.”

Trump has been the No. 1 fixation in the media nationally and internationally. He has either scared the American population to go out and vote or awakened the nonvoter to go out and vote for him. He and the other Republicans are neck and neck and the people are definitely opening their eyes to what is going on around them.

The political game has changed. Instead of discussing important issues candidates are attacking other candidates’egos and physical appearance.

This kind of display by the Republican candidates resembles an episode of Dr. Phil or Maury, which apparently gets people to watch and results in a high voter turnout overall.

These antics are what get the attention of the average American. This is sad because it seems the people have to see a display of immaturity, erratic dialogue, and racial prejudice by candidates to go out and vote. The only positive out of this is that the people are finally taking the initiative to go out and make a change.