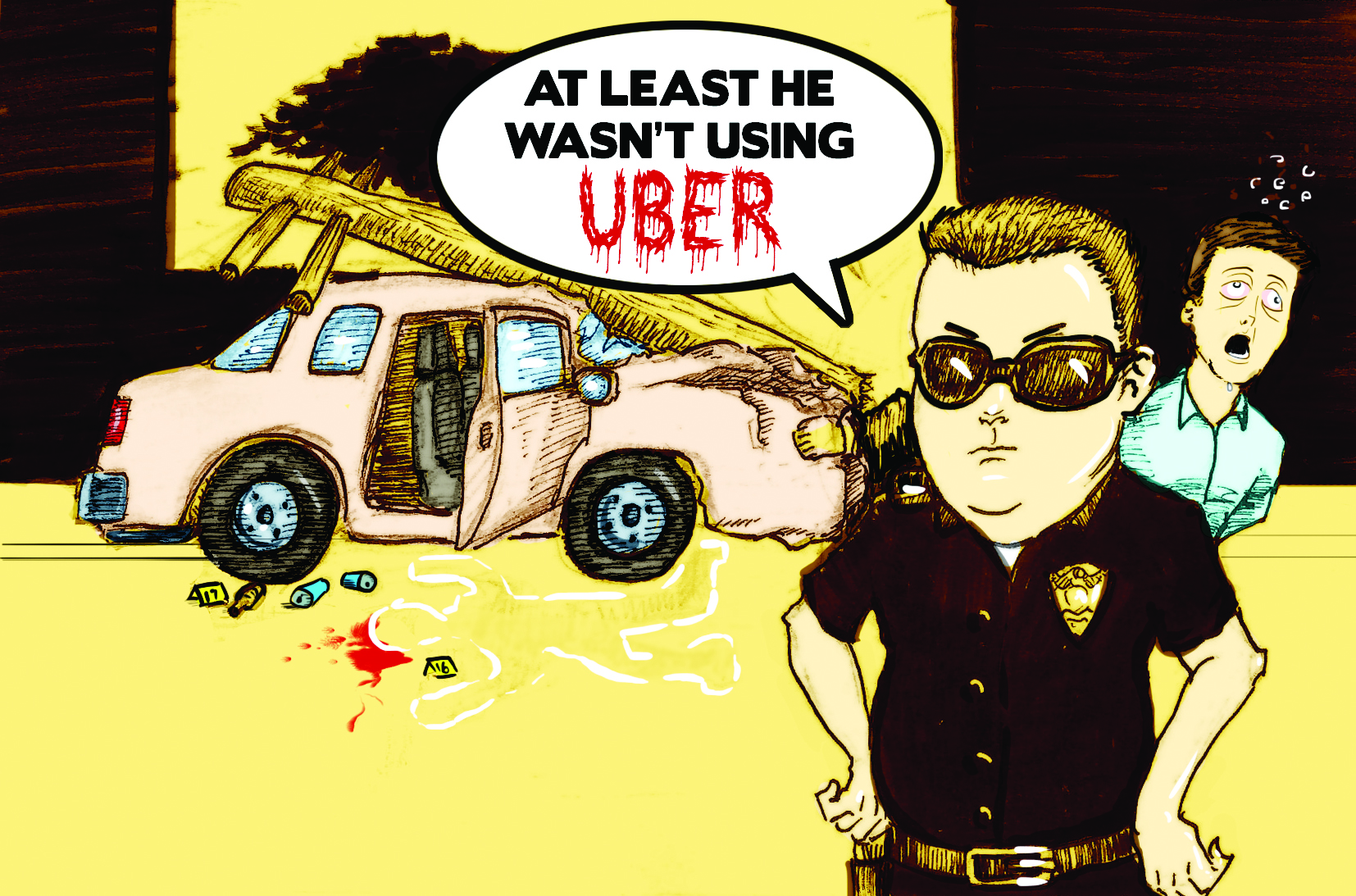 Whether male or female, someone under the influence of alcohol would rather wake up and know they made the right choice by calling for a designated driver to pick them up. It’s also comforting, during the process of waiting and riding with the driver, to know who they are and how much you’re expected to pay. Let’s face it, there’s nothing worse than waking up only to realize you spent more than you remember spending.

Uber, probably to be followed by Lyft, pulled out of Corpus Christi after the Council tried to enforce regulations including fingerprint scanning. Uber, for example, already has a system in which they have a background check for their drivers, as well as the vehicles they drive. Like all systems, including whatever the city has, things leak through. Some people get past the dotted line and the computer documents. Nothing is full-proof, and anyone who thinks so should read more nonfiction.

Now that the city is trying to increase regulatory action on rideshare services such as Uber and Lyft, the services seem to have two options: Respect increased precautions and background checks that will cost the company more, or leave.

Although there might be some third option that gives the city the power to choose, leaving one background check to determine who can work with Uber and Lyft, that option is ridiculous and not worth considering.

So what issues are we presented with? Taxi drivers don’t want Uber or Lyft to take their business. That’s one. Another problem is that some people like rideshare services because they feel secure knowing who will pick them up, as well as how long it will take for their ride to get to their location. There are many things rideshare services offer that fit well into the category of young men and women who don’t feel safe getting in the car with a stranger. Granted, not every vehicle with the logo on it is going to have a guaranteed, ideal driver behind the wheel. But, can you say this for taxi drivers? The answer is yes. Taxi drivers are not new to the industry, but their process isn’t perfect, either.

In the end, it boils down to security and regulations set up against companies that aren’t native to the city. It’s not about the higher course of action, and it’s not about the competition that otherwise monopolizes taxi services; it’s about telling a business their processes aren’t good enough and that the taxi services business doesn’t need competitors.