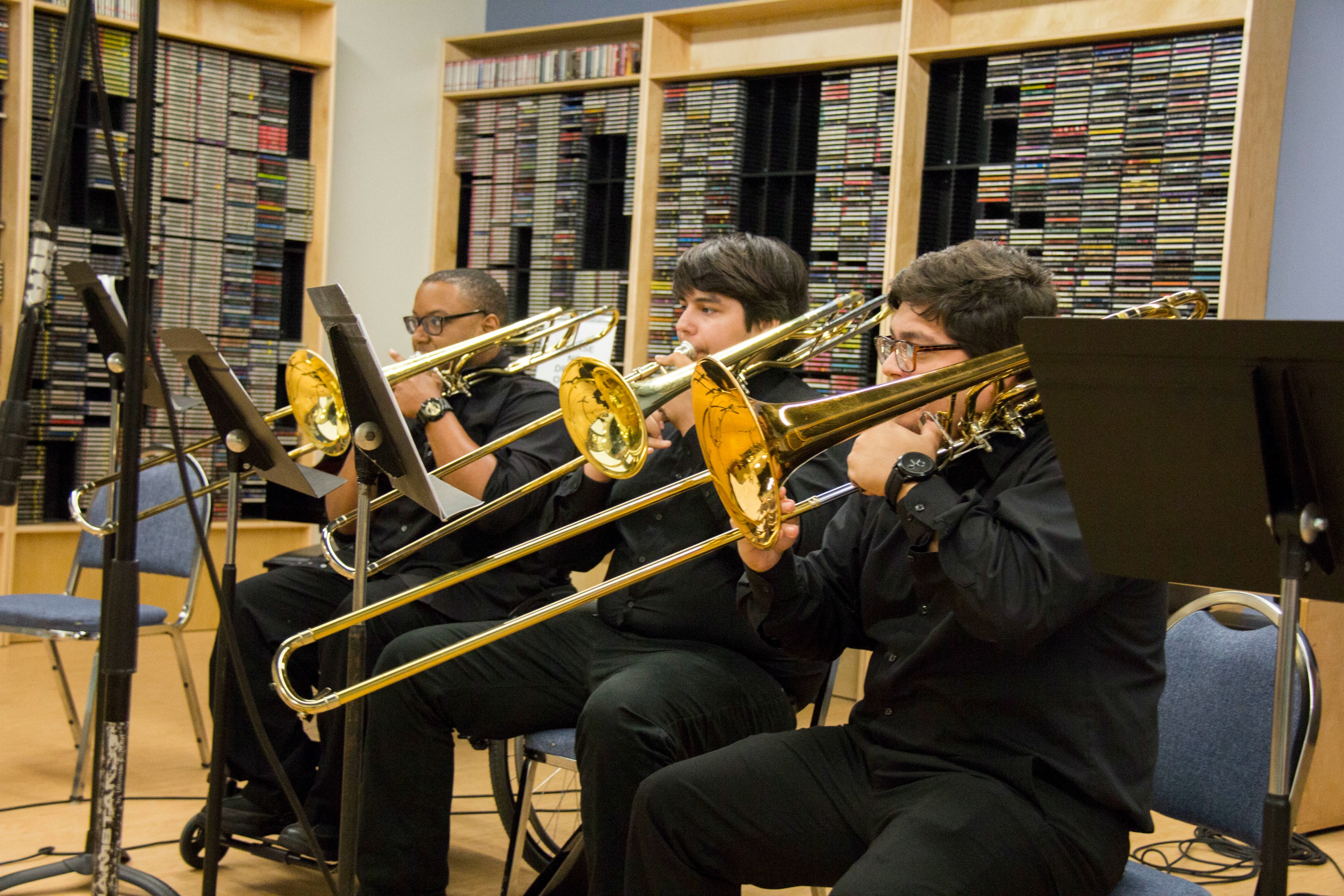 (From left to right) Eric Shandy, Bradley Sosa and Michael Hernandez play as a trio in the KEDT studio on Thursday, Day 3 in the grand opening week of the new broadcasting station building.

Behind the doors of the new KEDT building and through the glass window of the broadcasting room, the Del Mar College low brass ensemble played beautiful music that escaped through any radio tuned to 90.3 FM.

Day 3 in KEDT’s grand opening festivities involved students from the DMC music department with Donald Pinson, assistant professor of trombone and low brass. The experience was different for students who are accustomed to a concert setting.

“It feels amazing,” said Eric Shandy, a trombone player at DMC. “I never imagined playing on the radio. … It’s more calm (than playing in a concert).”

Fellow trombone player Michael Hernandez likes the pressure of playing in front of people at a concert, but he enjoyed the experience playing for the radio.

“There is going to be a lot of activity this weekend,” Lombardo said. “We will have a lot for the children to do and for the adults, inside and outside.”

“It will be competitive … with so much going on,” Lombardo said. “We’re expecting a great turnout.”