The 65th Recognition Ceremony brought together teachers and students who earned honors and praise, as well as a place in DMC forever.

Four of those were the Hall of Fame Inductees.

“It still feels really surreal,” said Kimberley Kissoon, a biotechnology major. “I’d never think I would be inducted. It was really great to know someone takes notice and takes pride in what we do and how we represent Del Mar.”

“To actually get it out of so many students is amazing,” Brown said. “I was really proud.”

Stephanie Garcia, who plans on going to vet school, came to DMC wanting to get involved as soon as possible.

“It really made it feel like my time at Del Mar had some sort of impact on the campus,” Garcia said about being inducted. “(I wanted to) get a genuine college experience to develop leadership skills.”

Blanca Canales, who also was recognized as the honors student at the ceremony, was inducted into the Hall of Fame but could not be reached for comment.

Professors also earned recognition as Instructors of the Year for their history at the college. Gordon Hilley, professor of kinesiology, and Lisa Pollakis, assistant professor of restaurant management, received awards after being nominated by students who benefited from them as higher education teachers.

“I was very flattered to have so many students who thought that much of me,” Pollakis said. “Del Mar’s such a great school. We have so many high quality teachers here.”

Pollakis has worked at DMC for 10 years and started after working in the restaurant industry for 22 or 23 years, she said. She earned Teacher of the Year for West Campus. 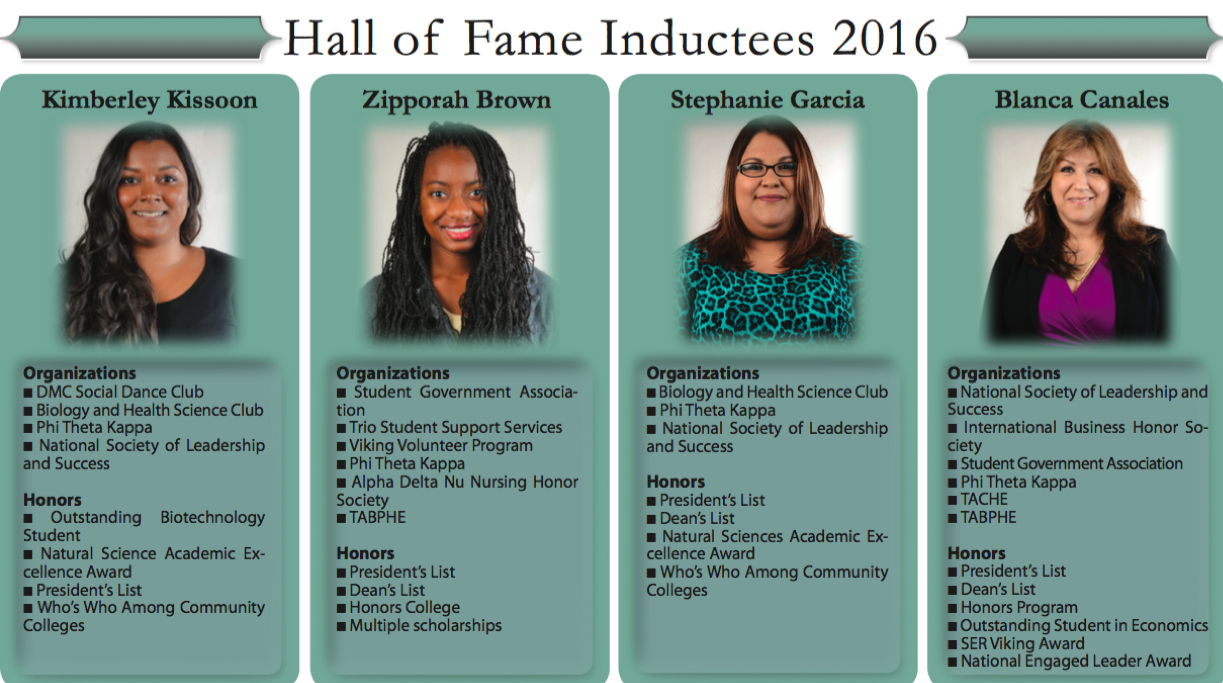 “If I could do at least a tenth of what previous instructors and directors did … contribute to student success in the future … that would be great,” she said.

Hilley has worked at the college for 25 years and was awarded Teacher of the Year for East Campus.

“It’s extra special because the students voted on it. It makes it real special,” Hilley said. “And I got a trophy out of the deal.”

Hilley tries to make it a point to teach his students the way he would want to be taught, which he thinks students might have noticed when nominating him.

“What kind of teacher would I want to have?” he said about his teaching process. “This is the first time I’ve received that honor. It’s very humbling.”

Outstanding academic students received plaques, followed by a list of those nominated as Who’s Who Among Students in American Junior Colleges.