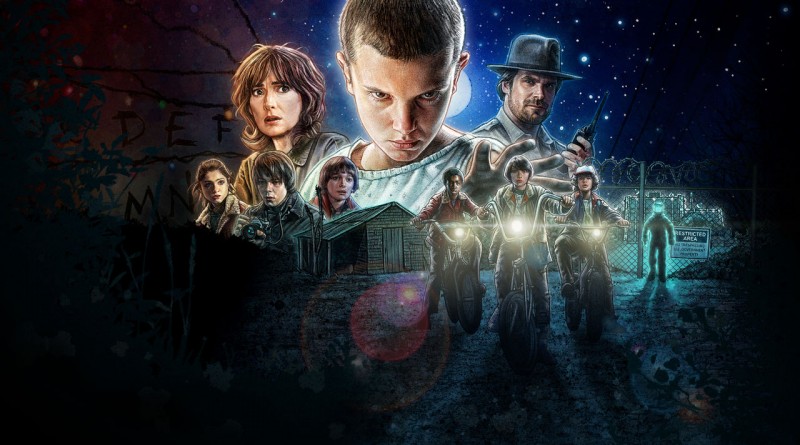 If you haven’t seen Netflix’s new popular series “Stranger Things” yet, you really should, but fair warning — you may not get enough of it once starting.

Set in the small town of Hawkins, Indiana, in November 1983, 12-year-old Will Byers vanishes mysteriously. Will’s mother, Joyce, becomes frantic and tries to find him while Police Chief Jim Hopper begins investigating, and so do Will’s friends Dustin, Mike and Lucas. The next day, the boys find an extraordinary girl with psychokinetic abilities and in return she helps find Will. As they uncover the truth, a sinister government agency tries to cover it up, while a more insidious force lurks just below the surface.

“Stranger Things” offers a hint of Stephen King’s greatest hits with a dash of some of the best ‘80s cinema that makes this series riveting.

However, there a few great things about this show that is worth knowing before you decide to try the series yourself.

Eight episodes doesn’t seem like much, but eight is definitely enough for this series. The first season has a beginning, middle and an end, and the story is told in a clear way, with just the right pacing and just enough time given to each of its characters. However, with only eight episodes it does leave you wanting more.

“Stranger Things” has tons of mystery. Even when the final credits role, you won’t have all the answers although you will have enough to give the season a satisfying conclusion. However, it is important to know that with the sense of mystery involved it often preludes to the element of foreshadowing. One memorable moment was when Will was given tickets to see the movie “Poltergeist” by his mother in a flashback. The irony here is that the mother often sees movement in her home that she believes is her son trying to communicate with her from the upside down. Sound familiar?

You cannot help but praise the creators and writers of the show who put a lot of work into the detail of the nostalgia of the early 1980s. If viewers pay close attention to the background they will definitely spot the incredible Easter eggs of the day. For starters, the Clash’s “Should I Stay or Should I Go” is the theme for finding Will because it happens to be his favorite song. The original song was released in 1982, which fits perfectly for the 1983 time frame. How about the original “Evil Dead” poster in Will’s room, which sounds fitting for the theme of the show?

Lastly is the craze over “Dungeons and Dragons.” There are a bunch of references to the game from the Vale of Shadows to the demagorgon out for blood. So what makes these references a big deal to the time period? Back in 1974, “Dungeons and Dragons” was arguably the first true roleplaying game. Players took on the mantle of adventurers from a multitude of races and occupations. But in the 1980s the game came under an extraordinary sustained assault from fundamentalist religious groups who feared its power over young minds. This brought about a great panic over the stigma of the game and for some children they were not allowed to play because of its satanic ties to witchcraft. This is probably why Mike’s mom was so concerned why he and his friends were spending all their time downstairs in the basement. 10 hours? What are you crazy kids doing?

The casting in “Stranger Things” is simply outstanding. The greatest performance comes from veteran actress Winona Ryder, who plays Will’s mom. She took on a role that challenged her sanity and she executed it perfectly. This is, by far, her greatest performance in her career. Another favorite was David Harbour, who was excellent as his role as the drunken wayward police chief conflicted with his past. Harbour is best known for his role as CIA agent Gregg Beam in the 2008 series “Quantum of Solace” but he definitely was best in this Netflix original series. Lastly, Finn Wolfhard (Mike), Galen Matarazzo (Dustin), Caleb McLaughlin (Luke) and Millie Bobby Brown (L, Eleven) had incredible performances, especially Brown as Eleven. With few lines, her performance was weighted on her silent and commanding presence. There is something about these kids that remind me of some of the best child performances from films like “The Goonies” and “E.T.” The casting for those films was about as perfect as you could ask for. The same can be said about “Stranger Things.”

It’s no lie that the Duffer Brothers, creators of “Stranger Things,” had been greatly influenced by some of Stephen King’s greatest hits as well as paying homage to del Toro and Steven Spielberg by combining supernatural elements with creepy, frightening storytelling. If that is not enough, King and del Toro themselves tweeted praise to the series. King said: “Stranger Things is pure fun. A+. Don’t miss it. Winona Ryder shines.” Del Toro also tweeted: “ Stranger Things may be a lot of things: King, Spielberg, ‘80s, myself (Duffers pointed that to me) but what it is, above all, is good!!”

It’s no strange thing that this latest Netflix series has captured everyone’s attention. With the insatiable craving of a Season 2 already in the works, you can’t help but feel like maybe it is time to finally see what this show is all about. It’s one of the best shows of the summer.