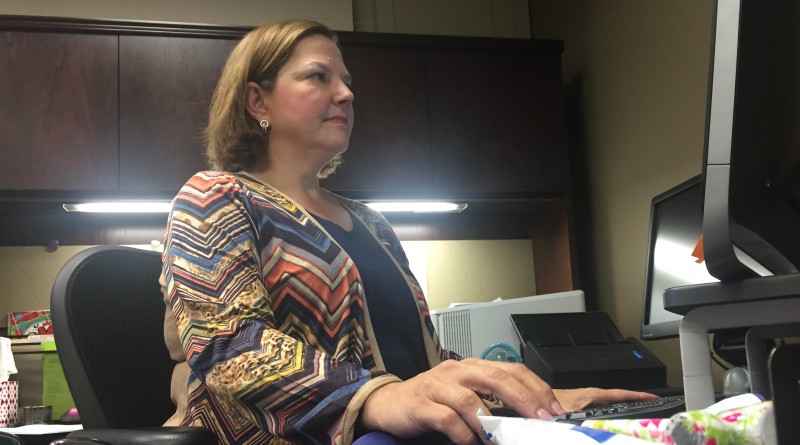 Lewis served as president of College of the Mainland

Beth Lewis, Del Mar College’s new provost and vice president for academic affairs, was drawn to the college for many reasons.

“Del Mar College and Corpus Christi are both on the verge of moving into something we’ve never seen before,” Lewis said, “it’s growing, it’s changing and it’s exciting to be a part of something like that.”

Lewis has over 28 years of experience in teaching and administrating in higher education. She earned her bachelor’s and master’s degrees in English from the University of Texas, and a doctorate in Educational Leadership from Sam Houston State University. Along with her education, Lewis has served as an English teacher for two community colleges and has served as a president at the College of the Mainland in Texas City for three years.

Lewis met Del Mar President Mark Escamilla a little over three years ago at a state community college president meeting where Lewis recalled him as being a good mentor. When the position for provost opened up in 2015, Escamilla offered Lewis the job but she said that she was not able to accept until this year.

“I have known Beth through her involvement in statewide community college associations and initiatives for a number of years. I consider it an honor that a President of a smaller community college would choose to join the Del Mar College team,” Escamilla said.

Lewis was drawn to community colleges where she found a passion for helping to change people’s lives every day. “It’s the best job in the world,” Lewis said.

Lewis’ job as provost is to ensure that all instruction is followed correctly at Del Mar, from reviewing faculty performance to enforcing internal policy. Her first assignment will include planning Del Mar’s 10- year evaluation, Escamilla said.

Fernando Figueroa, who served as provost from late 2009 to early 2015, is excited to see that Lewis was hired into the position. His advice to Lewis was to listen to her faculty and follow Escamilla’s example.

When asked about her personal goals at Del Mar, Lewis said, “I want to make sure that everything we are still doing in instruction is in the students’ best interest.”

“I’m loving every bit of it,” Lewis said of Del Mar.