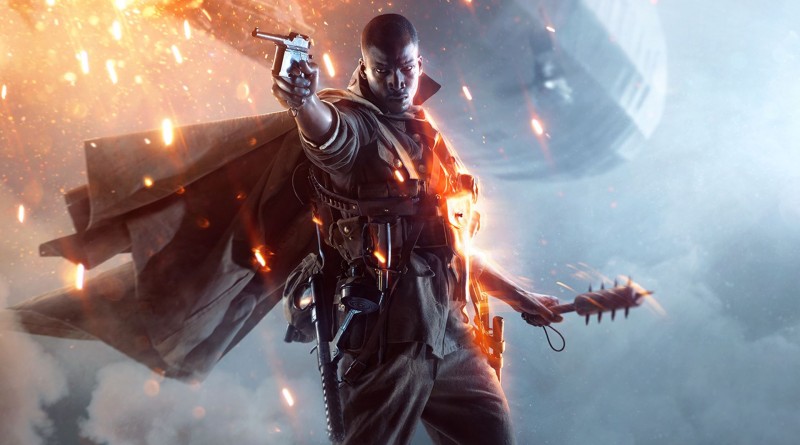 The “Battlefield 1” beta recently went live for PlayStation 4, Xbox One and also the PC, with the full game to be released on Oct. 21. When I heard the beta was due to be released in August of this year I was both surprised and excited to see how the early build was going to look and play out.

When I first played the conquest mode it did feel like previous titles. It’s gritty combat was tight and fierce while the weapons felt new and took some getting used to. The mechanics are much different from “Battlefield Hardline” and “Battlefield: Bad Company.” Instead of a ticket system you have a point system, which is also displayed at the end of each match. What this means is it requires more objective gameplay and teamwork to finish strong.

The bayonet rush attack is a sneaky and up-close way of killing someone instantly on the battlefield. (EA Sports)

I also noticed it had a timer up on the top similar to what was in “Hardline’s” conquest mode, which only really mattered if you were in a small server since you wouldn’t be able to cover all objectives.

A new feature is hand-to-hand combat using clubs, shovels and even swords. The bayonet rush attack is a sneaky and up-close way of killing someone instantly. Spawning is also much the same, which allows you to spawn on squad members out of combat and on objectives your team holds. Rush mode feels similar to the “Battlefield 3 and 4” where you either defend and/or activate the bomb, or in this case telegraph sites, which requires strong communication and weaponry as the teams are allowed to use light or heavy armored weaponry such as tanks and jeeps.

My only complaints with the game included the kill style, which oddly enough was a struggle as it gives you points for hits but when you die, the person who slays you says they took no damage. And there was a time where the servers were down, especially when the beta first went live, or not playable, which was upsetting. And most times, the map wouldn’t tell you were the enemies were, even if they were firing their weapons. But this is an early build and in the coming months of development they will do small patchwork for bugs and other fixes.