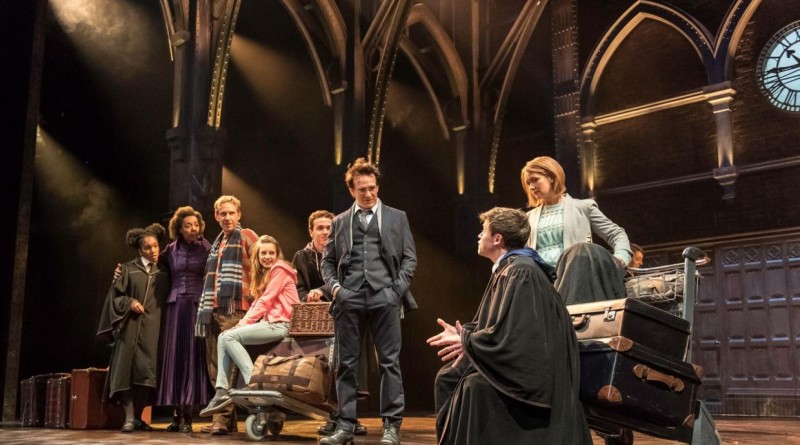 When the book “Harry Potter and the Deathly Hallows” came out on July 21, 2007, the whole world thought this was the end of his adventures. Even author J.K. Rowling was convinced that would be the end, thus trying to move into publishing more adult fiction. She also wrote the Harry Potter Hogwarts collection, with all money made going to charities in the U.K. About a year ago Rowling announced that she would be writing another (possibly final) Harry Potter story, but not a novel — this time it was a theater script for “West End.”

“Harry Potter and the Cursed Child” came out on July 21, the birthday of J.K. Rowling and Harry Potter. Quite a few fans were upset at the fact that the story was not a novel but the actual script form that premiered on the same day of the book release in “West End.”

If anyone did not read the previous seven books, they likely would be lost because the story picks up on bits and pieces on some of the books. The story does not follow Harry himself, but one of his sons, Albus Severus, and his adventures at Hogwarts with his “best mate” Scorpius, Draco’s son. The Cursed Child is basically Harry, Hermione and Ron’s children trying to be normal witches and wizards but are constantly overshadowed by their parents’ achievements by saving the Wizarding World from Lord Voldemort and his Death Eaters.

I was not disappointed that the story was not a novel because the script let me visualize the actors acting the scenes out. The idea of the story line was great because I always wondered how their kids would be at Hogwarts, but the actual plot that surrounds Albus Severus and Scorpius seems like a fan fiction idea. An unexpected pregnancy with one particular character made my jaw hit the floor since I was not expecting it, which was good that even now Rowling can keep her readers on their toes or their jaws on the ground.

The way the script ends serves as a good ending for Rowling to finally let Harry go and let her fans (like myself) carry on the legacy.

If you are a Harry Potter fan, I definitely recommend reading the story/script because it fills in gaps that some fans still question but also opens new ones to debate about on Twitter or Tumblr and even Rowling herself will step in.

Harry, Ron and Hermione can finally close this chapter in their adult lives; “Mischief Managed.”