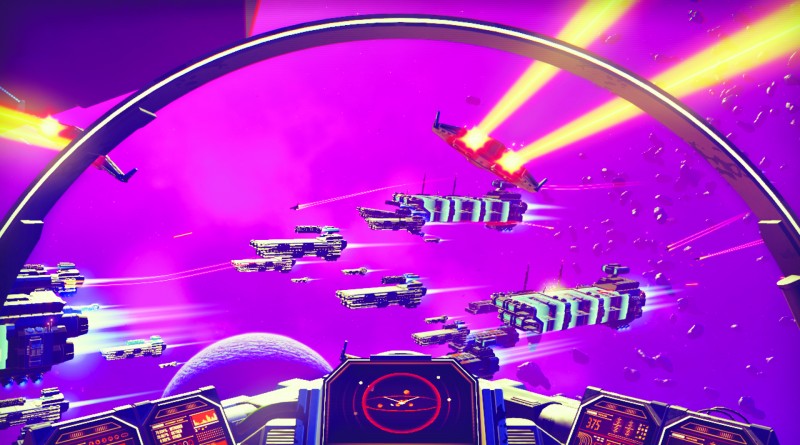 After many delays, the final product fumbles on release

“No Man’s Sky” is an action survival game made by indie studio Hello Games released on Aug 9. It had high expectations but unfortunately has missed the mark on many points.

The game is set in an infinite universe with every star and planet you see in the sky a place you can visit in your ship. You will mine, explore, craft and trade items to complete your goal of reaching the center of the universe. However, the player can also just explore as they see fit.

“No Man’s Sky” was certainly an ambitious undertaking, and the infinite universe is impressive. However, when it comes to gameplay and entertainment value, the game falls short. The game boasts that no two planets or animals are alike. While that may be true, because each ecosystem is randomly generated by a set of parameters, the game lacks any real sense of purposeful beauty; no human thought went into the design, just a set of random props.

In each system you will gather materials to create warp fuel so you can reach the next start system. This rinse-and-repeat tactic eventually becomes tedious, and there’s a long way to the center. The game’s inventory system is rather unintuitive and is a chore to deal with. Your suit and ship have very limited space and most of that space will be used to hold the materials you need to fuel your life support systems and mining laser.

In the days leading up to the game Sean Murray, one of the directors, mentioned that the game would include multiplayer. However, literally days before the release, he tweeted that there was no multiplayer and that it was never intended to have that feature, despite multiple interviews where he stated that it would be included. This gave the people who bought the game a sense that they were lied to.

Combat in the game is dull as well. The only things you will fight planetside are robots, and the pirates that attack you in space are easily dealt with. There’s no excitement to the combat in the game.

“No Man’s Sky” tried to hit many marks, but there’s just not enough in the game to justify the $60 price tag. Hello Games has promised free updates to add more features, but as it stands the game feels monotonous. Players are better off renting the game to see for themselves, or skipping the game entirely.