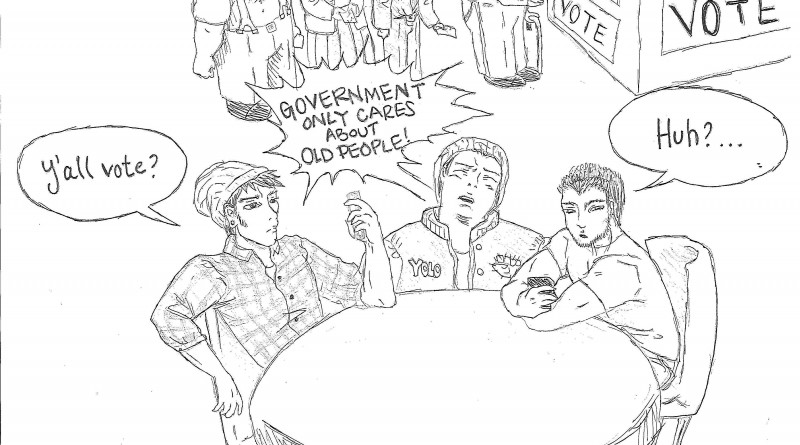 With social reform and really any change in the political realm, it’s best to start from the roots, letting the change grow and make its way from being minuscule to being major.

When students think of voting, the general mindset often is, “My vote won’t matter.” With national elections, there may be some truth to this statement, but with upcoming local elections, your opinion can make a difference, but only if you act on your thoughts.

In November 2012, 81 percent of voting-age citizens in the three-county Corpus Christi area registered to vote. However, only 40 percent of those people actually voted, according to the Secretary of State’s Office.

When people fail to vote, they can effectively be voting against some of the changes they want and are essentially giving up. To not vote conveys that you are perfectly happy with the way things are and the odds of that being true are slim.

Many complain about the roads, water systems and choices of our leaders, but few make the moves to provide change.

When people fail to vote, they can effectively be voting against some of the changes they want and are essentially giving up.

If you live in a community, you have a built-in responsibility to that community, and as times change, laws and such need to as well, to ensure that our policies fit us as best as possible.

Del Mar College regents serve six-year terms. Three of the regents are seeking re-election this year, though one is running unopposed.

Students, and voters in general, should determine which candidate’s vision most agrees with theirs. To continue to move forward as a college, it’s crucial to have officials who are in tune with what the community and the college need.

One item on the ballot this year will reflect those changing needs.

Voters will get their chance to decide whether to approve a $139 million bond package that would fund Phase 1 of the construction of the proposed South- side campus.

A single vote among millions for president may not be felt. But a vote in a local race — especially when it may affect your needs.college career or even your future in Corpus Christi — is a powerful one.

Look around at your life; look at your community, schools, roads, transportation and more. If you see issues with any of these things, take the time to educate yourself on what’s going on and when election time hits in November, be a part of the solution.