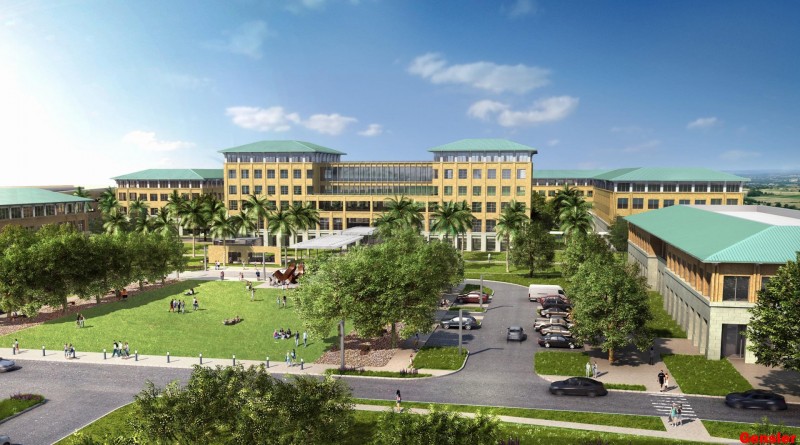 According to DMC, it would provide students more learning opportunities, but critics cite price, wonder if there is a need

Del Mar’s College’s southside campus project, which has been in the works since 2009 when first envisioned by the Board of Regents, has a shot at becoming a reality after the general election.

The Board of Regents recently approved a $139 million bond package to be attached to the Nov. 8 election. If it passes, Del Mar would be granted the funds to proceed with the construction of Phase 1 of the proposed southside campus at Yorktown and Rodd Field Road.

Construction of Phase 1 would take three to five years and any addition to the campus after that would be made based on the need of the college.

The new campus would include signature programs such as architecture, biotechnology and STEM classes. It would also provide developmental classes and workforce programs for other students.

About 40 percent of the college’s current students live on the southside, according to Del Mar statistics. President Mark Escamilla believes that a new campus would be wholly beneficial for citizens in that area.

“The south campus is critically important for student access,” Escamilla said. “it’s a critical move for this community.”

Building a new campus in a new area is about more than student accessibility to Escamilla, however — it’s a continuation of Del Mar’s values.

“When you factor in the overall educational attainment of this community, which isn’t very high, there isn’t enough people going to college or even finishing high school,” Escamilla said. “We’ve got to battle that with opportunities for students to grow with a solid educational opportunity like we have here at Del Mar College.”

The Board of Regents seems to agree with Escamilla, approving the bond with a 7-0 vote during their August meeting.

Trey McCampbell, chairman of the board, believes that with Corpus Christi on the rise, a new campus is imperative if Del Mar hopes to meet the workforce’s needs.

“We need to provide for that future growth. We’re either going forward or backward and we’re not going to go backward,” McCampbell said.

“It’s up to the citizens of today to provide the education of the future,” Boggs said.

The southside project has not been supported by everyone, however. Local activist Jack Gordy has made his presence known at two Board of Regents meetings by openly criticizing the project as “a waste of money.”

Gordy, vice president of the Corpus Christi Taxpayers Association, claims that Del Mar e n r o l l m e n t numbers have been decreasing in the last 10 years, according to state records. Gordy also accuses Del Mar of spending more money on this project than is necessary. One such claim is that the college has spent excess money on clearing the proposed lot for the south campus. 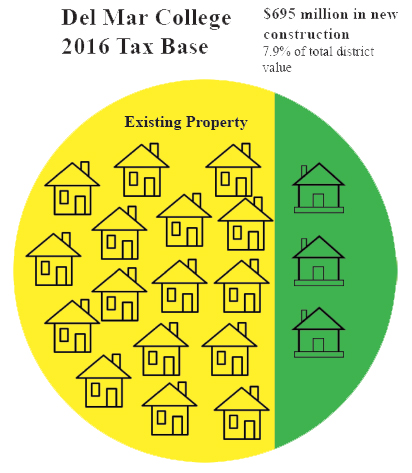 “I’ve seen people waste money but this college is the worst. The worst in the world,” Gordy said.

“When we bought the 96 acres that had cattle on it and was being farmed for hay, we knew there would be some things we had to do to maintain it,” Escamilla said.

Del Mar’s enrollment numbers have been increasing since a steep drop in 2012. The student headcount as of fall 2016 was 12,034.

For more information about the Southside project visit delmartomorrow.com.