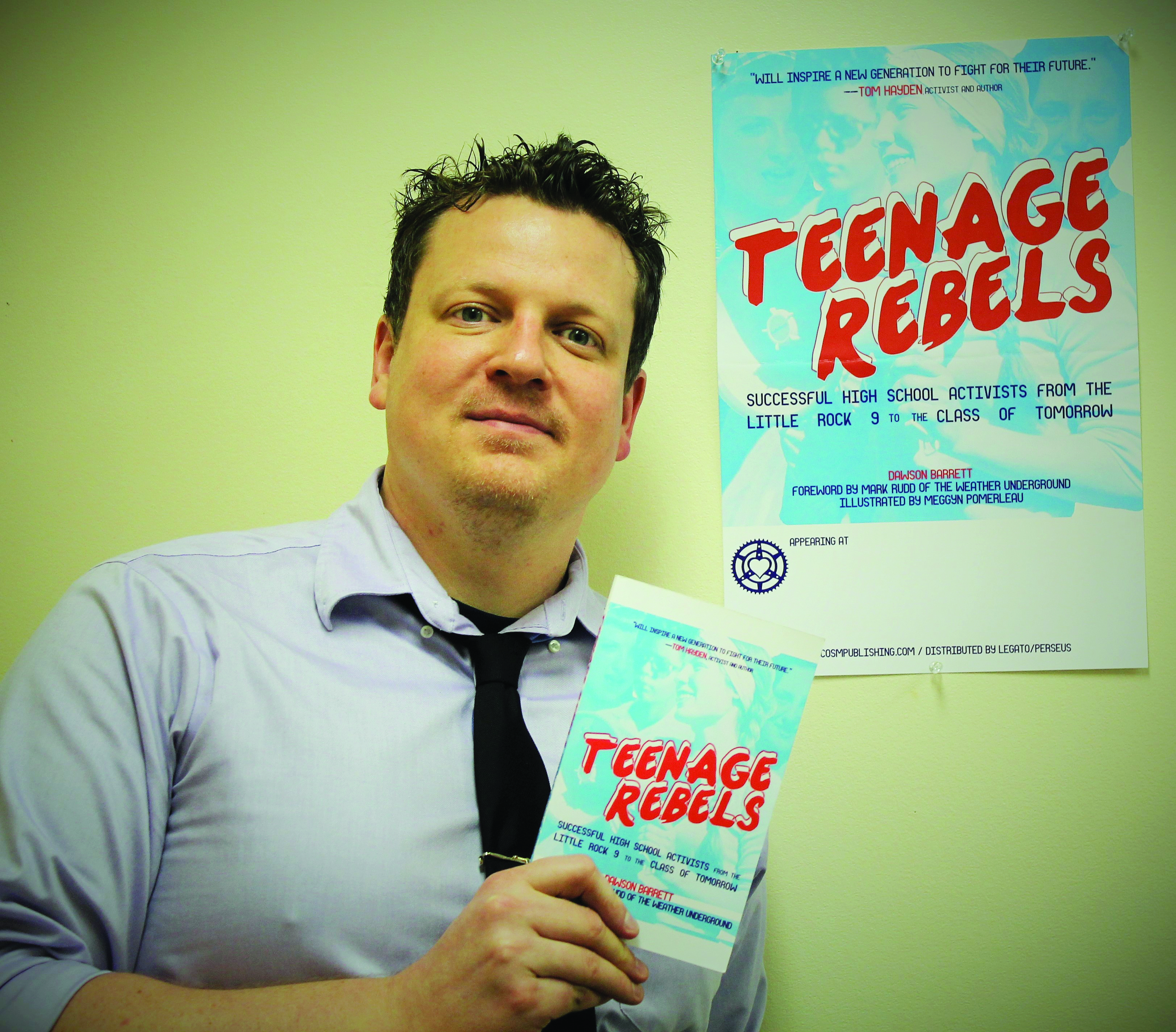 Teenage rebels have confronted discrimination and demanded better schools and changed the very content of U.S. history books through picket lines, marches and many other forms of protest. From the Chicano teens of the Civil Rights Movement to teens of today, Barrett displayed in his lecture that the kids are all right.

Dawson Barrett, a history professor and author of “Teenage Rebels,” spoke with students about the proud traditions of Mexican-American high school activism as part of Hispanic Heritage Month.

“My interests are in the interest of the young people,” Barrett said during the Oct. 5 presentation in the White Library on East Campus. “I want young people to see that teenagers have been fighting for freedom for generations. I want to bring young people in the equation to see the connections that their parents were once this age. Their grandparents and their great-grandparents, but I also hope that people seeing this point of view, in an honest and historical perspective, realize that it is really tough being a teenager. It is not just the usual peer pressure, but they don’t have any control of the rules they have to follow.”

Jane Brionez, who attended Del Mar College from 1956-57, was a product of the ’50s and she discussed how Barrett’s lecture hit her on an emotional level.

“I was a graduate of Miller High School in 1955 and I attended school here at Del Mar College for a semester after high school, but I have to say this man’s lecture was spot on,” Brionez said. “I was able to relate to it through my own experiences as a young woman of the ’50s. As the history books like to say, there was a lot of rebellion between the adults and the kids back then but to say that I experienced it firsthand and to be a part of the movement that changed the way we see young people today is quite incredible.”

Barrett’s presentation was part of Hispanic Heritage Month observance at Del Mar College and took place at 1pm on October 5 in the White Library in room 514.