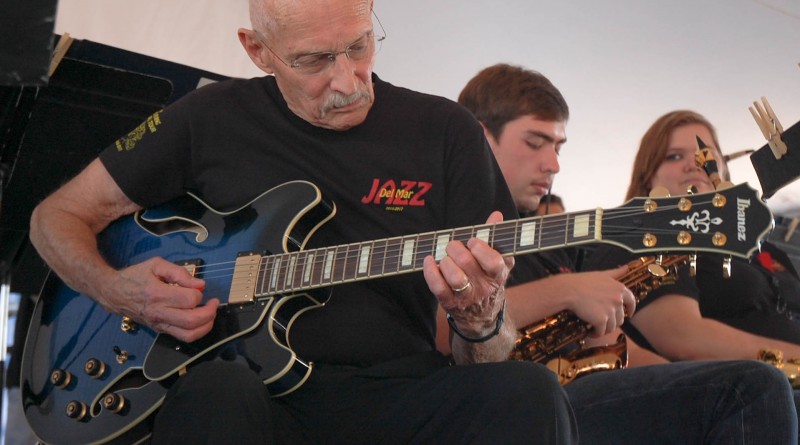 Del Mar professor goes out with a bang

After more than 40 years of conducting the Del Mar College Jazz Band, music professor David Irving went out with a bang for his final performance with the band at the Texas Jazz Festival. On Oct. 21, the band played “Woody ‘N’ You,” “St. Louis Blues,” “Is There Life After Bebop?” and other hits at the annual music festival.

The band surprised Irving by telling the crowd it was his birthday. After the crowd sang “Happy Birthday,” Irving joined the band on guitar for the song “I Wish You Love,” and the band dedicated its performance to Irving.

This performance of the “Irving farewell tour” was a momentous one for Irving. He has been conducting bands at the jazz festival since 1970 and although he won’t be performing or conducting at the festival after this year, he will happily enjoy the festival as a spectator from here on.

“It doesn’t feel any different,” said Irving, who plans to retire next year after 45 years at Del Mar College. “I don’t think it will really sink in until later.”