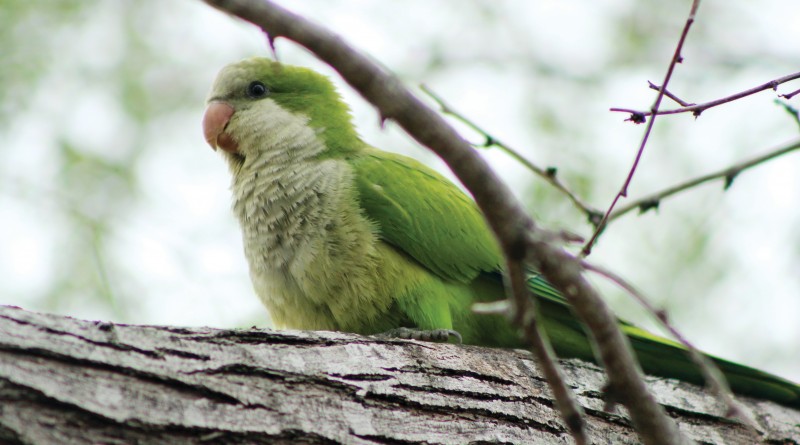 Students at Del Mar College’s West campus were met with a plethora of green monk parakeets hanging out in the trees in the parking lot early on Nov. 9.

The birds have been spotted in previous years on their migration journey.

The monk parakeet (Myiopsitta monachus), also know as the quaker parrot, is a small, bright-green parrot with greyish breast and greenish-yellow abdomen.

These birds are often heard before even seen, as their call is a loud and throaty “quak quaki quarr,” hence the name quaker.

They were first brought from South America to the United States in the late 1960s as a pet. The first feral monk parakeet to be recorded in the U.S. was in New York in 1967. Many birds have escaped or were intentionally released and have grown in numbers.

By the early 1970s, monk parakeets were established in seven states, and by 1995 they had spread to eight more. There are now thought to be approximately 100,000 in Florida alone. They are able to survive our mild winters, and as such have now been included on the official list of accepted Texas bird species.

The lifespan of monk parakeets ranges from 15-20 years or as much as 25-30 years in captivity. The monk parakeet is globally very common, and in some areas with farms and agriculture, they are regarded as pests as their diet is mainly fruits, seeds and grains.