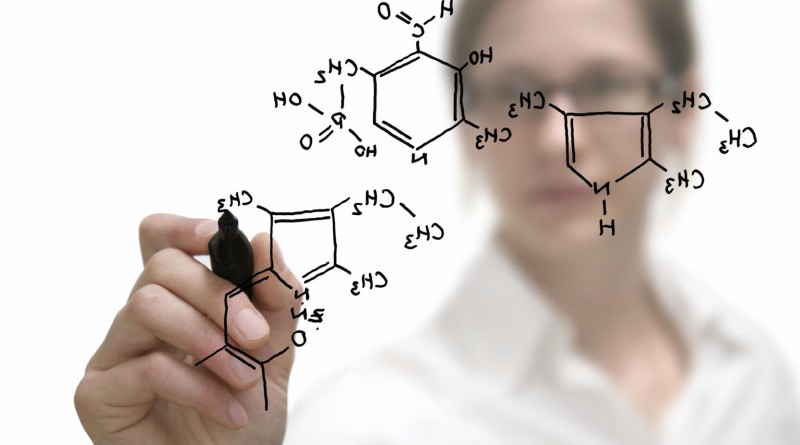 Technology continues to dominate much of our daily lives, and the job growth for the STEM fields — science, technology, engineering, and mathematics — is predicted to rise. But where do the women fit in all this? Men have always dominated the STEM fields, and unfortunately, the numbers aren’t growing for women. Women received 29.6 percent of computer science B.A.’s in 1991, compared with just18.2 percent in 2010.

Why aren’t more girls choosing to pursue careers in math and science?

According to the National Center for Women and Information Technology, the problems start as early as grade school, when teachers and parents do not encourage girls to become engineers. There is this bias that science and math are “male” fields, while humanities and arts are “female” fields. Social media and television play a large part in this as well. Woman in power roles are either doctors or lawyers, also stereotyping men in the science field to be portrayed as “geeky.”

Male students were more likely than female students to take engineering (3 percent versus 1 percent) and computer science courses (7 percent versus 4 percent). Everything has a beginning, and for many of today’s leading scientists, engineers and technology experts, it all started in childhood. Young boys have the availability of more do-it-yourself type toys that require some sort of minor engineering. Girls have mostly pink toys, and Barbies.

Barbie has a whole collection of dolls based on careers; one is the “Barbie Stem kit,” This toy does offer seven engineering actives to play with the doll, but all the creations and experiments have a fashion purpose, such as creating a spinning clothes rack for Barbie’s clothes.

There are some female scientists being portrait in the media today, such as Amy Farrah Fowler, who plays a neurobiologist in the comedy TV series “Big Bang Theory.” While the show portrays her to be dedicated to their work, it also portrays her to be socially awkward, and having “nerdy” hobbies, that obviously is hilarious in its moments, but overshadows the power message for women.

Sometimes a little encouragement is all anyone needs. In 2013, Del Mar college held “Encouraging Women in STEM” to recognize women in these fields and to encourage more women to pursue STEM careers as they consider studies at the college or elsewhere. Texas A&M University-Corpus Christi holds STEM events throughout the school year, but they do not specifically address any for women in STEM, and DMC has not held an event since then either.

“One of the things that I really strongly believe in is that we need to have more girls interested in math, science, and engineering. We’ve got half the population that is way underrepresented in those fields and that means that we’ve got a whole bunch of talent … not being encouraged the way they need to,” President Barack Obama said in February 2013.

This issue has even reached the ears of those high up in power, and yet we have progressed so little in this matter. Fortunately, in the most recent years, woman in television and movies have been given more scientific roles, such as Murph Cooper, in the movie “Interstellar.”

Murph’s interest in science and physics started at young age, which leads her to become a physicist at NASA and solve the equation that saved all humanity from doom.

Debbie Sterling, the founder and CEO of GoldieBlox, graduated with a degree in mechanical engineering/product design from Stanford. Bothered by how few women there were in her program, Sterling became obsessed with the notion of “disrupting the pink aisle” with a toy that would introduce girls to the joy of engineering at a young age.

Despite the growth of on-screen female scientists, only 3 percent of STEM workers are women; however, women make up 48 percent of workers in all occupations. Girls need encouragement and role models that will push them into becoming who they’ve dreamed to be. The encouragement from positive media, parents, teachers and college programs is the stepping stone for all the young girls who will become our next STEM field majors, our scientists, engineers, mathematicians.