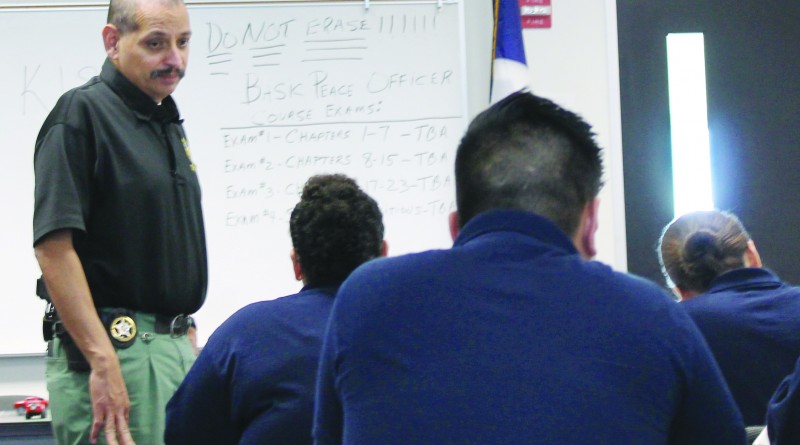 For the past three years, the Del Mar Police Academy has had 100 percent success with its cadets, and 2016 was no exception. Every year, Del Mar College Regional Police Academy trains cadets to work in over 11 counties by challenging them academically and physically for 17 weeks and preparing them for their licensing tests and ultimately, their final exam. Many cadets who graduate have immediate success getting hired.

Many who are interested in joining the program have no idea of the complexity of the process, thinking of the action and danger they’ve seen associated with police on screen and being drawn to that lifestyle. But while the academy may give over 40 of the thick, thorough applications each semester, not even half of them make it back to the office, and the classes usually ending up with around a dozen students.

“Our primary question is, ‘Why do you want to be a cop?’ It’s not for everybody,” said Stan Repka, director of the academy. “A majority of people want to be a police officer because of shows and movies, but what they don’t realize is that it’s not all about ‘shoot them up and put handcuffs on them,’ it’s about serving the public.”

Once in the program, the challenges continue to test students on their critical thinking, ability to make decisions, academics and a series of specific skills they must be adequate in. In addition to this, cadets must make at least an 85 percent on their four major exams to even be endorsed to take the Texas Commission on Law Enforcement Basic Peace Officer Licensing Exam. The academy has a professional instructional staff of three and 10 adjunct instructors, all experienced in law enforcement and teaching.

“When cadets apply, they’re getting training from excellent instructors,” Repka said. “They do a very good job.”

The publc safety complex on West Campus is home to the police academy and its facilities, including a computer lab that doubles as a state licensing exam site. A gym next to the classrooms holds physical training sessions and inspections, while down the hall sits an operator-driven firearm simulator to expose cadets to real life situations and force them to make decisions and justify their actions.