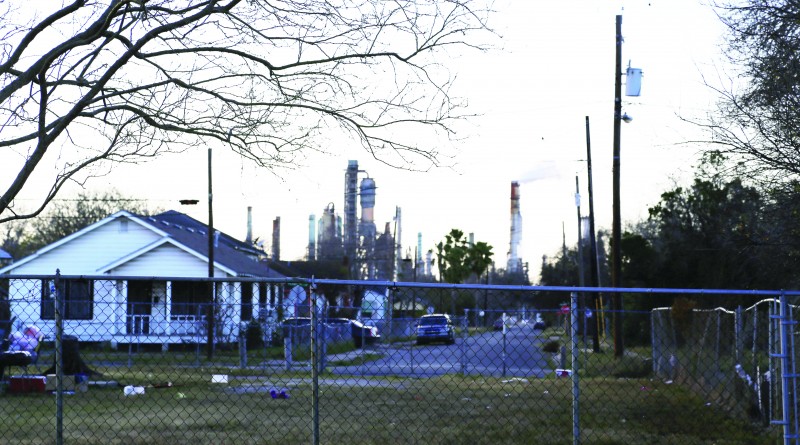 As leaders of the African American community in Corpus Christi come together to meet at the Oveal Williams Senior Center, they file past a picture of former President Barack Obama hanging above the doors. Many see Obama as a symbol of hope, something this community needs more than ever right now.

As with most events, it starts with hands linked and heads bowed in prayer. This community is held together with strong religious beliefs, which give them a foundation in times of uncertainty.

Uncertainty would have to be the best way to describe what the Northside community has been going through since early 2014, when it was announced the Harbor Bridge replacement project would cut right through the middle of their community, forcing lifelong residents out.

That uncertainty was compounded in December 2015, when the federal government and state transportation department entered into a voluntary agreement for the state to provide more mitigation, which included voluntary acquisition and relocation program for owners, landlords and tenants in the affected neighborhoods. The agreement is now in dispute, further complicating the lives of those most affected by it.

The Northside community is made up of the Hillcrest and Washington-Cole areas. These two communities were segregated by law until 1948. Minorities had been living in Washington-Coles and whites in Hillcrest.

It was not until there was an overcrowding in Washington-Coles that minorities were allowed to start buying homes in Hillcrest.

The Northside, once a thriving community filled with successful businesses and residents chasing the American dream, is now full of dilapidated houses, a few remaining run down businesses and burdened with high poverty and crime rates.

In a series of meetings about the project, residents have been left with more questions than answers. As of now the voluntary relocation project is on an indefinite suspension because of dispute between the federal government and the state on who should be receiving the funds for relocation. The federal government believes that landlords and undocumented immigrants should be a part of the agreement while the state believes they should not.

Residents also worry that if funding is pulled completely from the project that the area will never get cleaned up for the people who choose to remain. As of right now the area is polluted with chemicals from the refineries and noise from the highway.

While residents are left in limbo wondering about their future, the bridge will move forward. Construction is continuing as planned. As of Jan. 18 the federal government has given the state transportation department 30 days to comply with the proposal or the federal government might take steps to pull their funding for the project. The $900 million bridge is expected to be complete by 2021.

Longtime residents of the community are worried about more than just what might happen to their homes.

“If you wipe all of this side of town away, where is the culture and history?” said Rose Cornelius-Crawford, executive officer of Citizens Alliance for Fairness & Progress, a community action group.

Ultimately this isn’t a story about a bridge. This is a story about a community relegated to the outskirts of town and involuntarily cut off from the rest of the city by racist civic planning, industrial pollution and institutional incompetence.