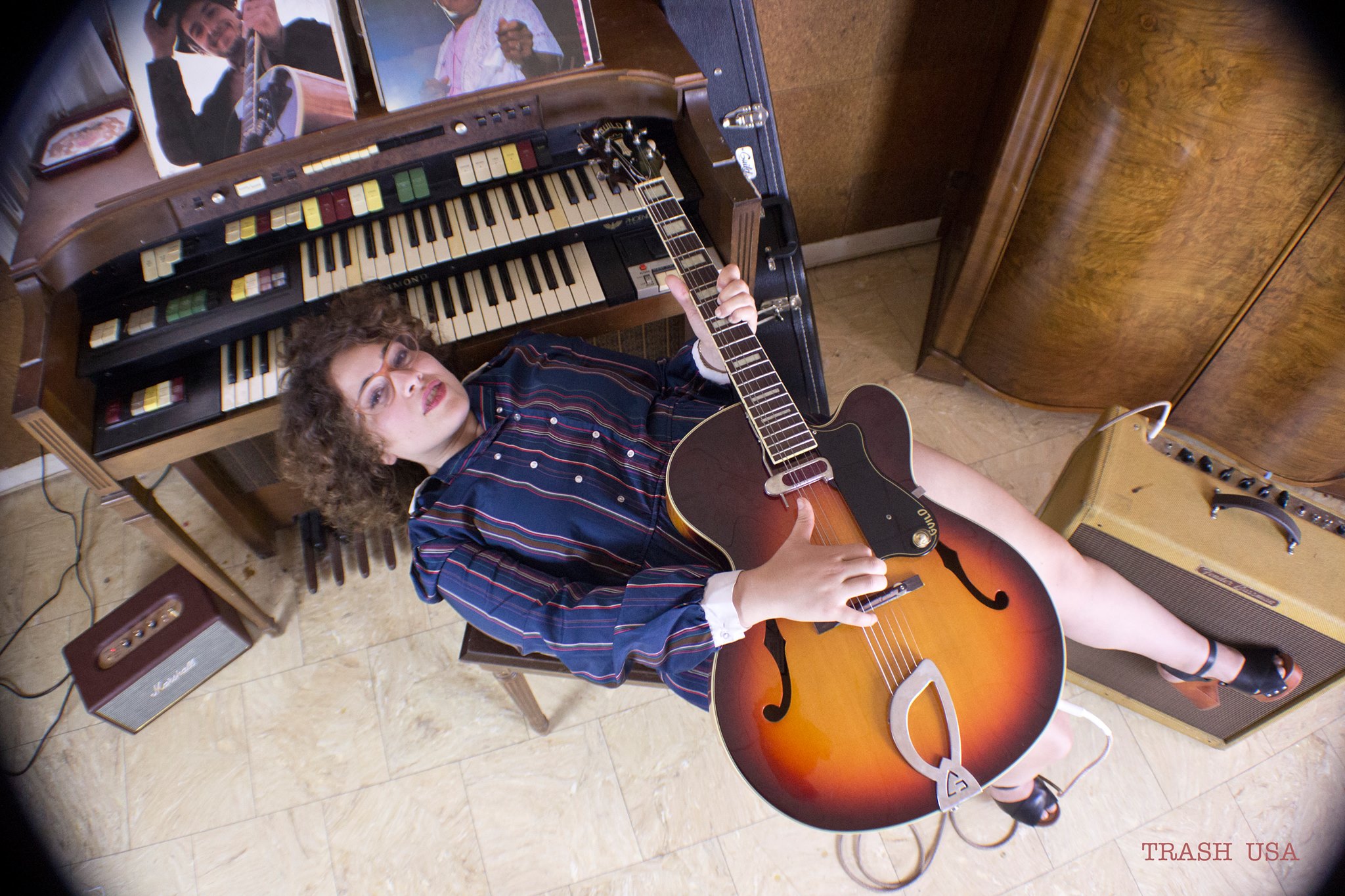 Summer is finally here, and those of you with the time are probably looking for something to do. Why not support a fellow Viking and local musician, Shayna Sands? Sands is a musical composition major who fronts a group called Shayna Sands Band, which will perform tonight at Vino Mio Social Club.

Sands likes to pull from several genres. It may be hard for her to label her own music, but the band plays a mix of blues and folk, with some classical influences and rock ‘n’ roll riffs.

“I would say she’s going places,” said Richard Cruz, a sound recording technology student at DMC. “She’s an excellent songwriter, and she’s got a great style about herself. Her solo music is reminiscent of the ’60s, with a blend of new and inventive genre bending flavors.”

I spoke with Sands about the show, what music means to her and how being a music student at Del Mar aided her in the creative process.

Q: Do you have a goal to make it to the big time? Like MTV? Do musicians even want to be on MTV anymore?

A: “(Laughs) No … I think the goal is to reach an artistic vision that keeps changing. It’s kind of this unobtainable goal but it’s there to keep us creating.”

Q: How do you feel about playing live?

A: “The shows … that’s what your purpose is essentially because you’re able to share what you’ve been working so hard to create and therefore … it impacts people and that’s kind of what musicians are there for. The reason we want to play shows, and promote, and grow a following is so we can reach more people.”

Q: What drives you to perform and to keep writing? Do you have a specific message you want to get out there?

A: “Sometimes it’s a positive message but not always. It’s just something for people to be able to relate to and that’s really important. … I’m kind of a purist about things. Whatever emotion is going on with me, I try to tap in to that. … I don’t want to be superficial and I don’t want to make something superficial. I want to be honest and make something honest and really ring a chord with people. I think that just by being yourself and being honest and expressing that, I think it helps people. It helps people connect and feel human about themselves.”

Q: How has Del Mar helped you as a musician?

A: “Del Mar helped me to communicate the musical ideas I had in my mind to other musicians and it helped me to infuse classical techniques into my creative process. It helped add to the thing you draw from.

You can find Shayna Sands Band at facebook.com/shaynasandsmusic.