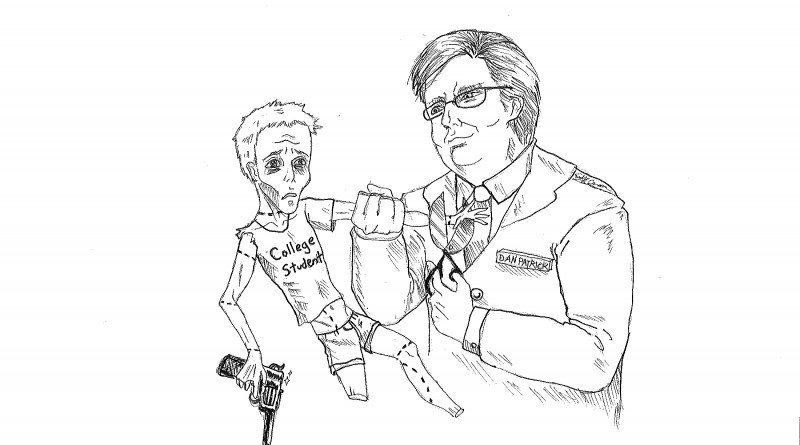 Colleges and universities across Texas are holding their breath in anticipation of what’s to come out of the 2017 legislative session. By the end of May, institutions will either let out a sigh of relief or a shriek of anxiety based on whether the Legislature will be lowering or raising the budget for higher education.

The Texas Legislature, composed of the state Senate and House of Representatives, convenes every odd numbered year to pass bills into law and decide how to spend the enormous amount of money that Texas has. Jan. 10 saw the beginning of the 2017 legislative session that will run through May 29.

The anxiety felt across the state is understandable, considering the cost of college has seen steady growth over the better part of a decade. According to the public policy organization Demos.org, four-year universities have seen a 286 percent rise in tuition while the average two-year community college has increased by 89 percent.

Many factors may have contributed to the rise in tuition but the biggest reason is the Texas Legislature continues cut funding to higher education.

We’re sick of it.

What these elected officials don’t know is that they’re constantly undermining an educated workforce, every single time they underfund colleges. According to Demos.org, 56 percent of all jobs in Texas will require some form of higher education by 2018; however, only 38 percent of the population is projected to have some form of a degree by 2025. If you don’t know what that means let us spell it out for you: The Texas Legislature is creating a skills gap that will undoubtedly be a problem in the future.

Cutting the funding to our schools is not the answer to our problems and it’s not going to help Texas in the long run. If funding continues to be cut, colleges across the state will have to raise tuition, making education even less affordable for those who need it.

According to texashighereddata.org, enrollment across Texas colleges is projected to grow over 200,000 students by 2030. It seems that more and more people are trying to go to school, to get their education. It doesn’t make sense that Texas would make that task more difficult than it should be. All signs point to education as the future and it’s time that Texas embraced that. There’s a reason Texas has been ranked 43rd in education across the nation.

It’s time we change that and put education first.