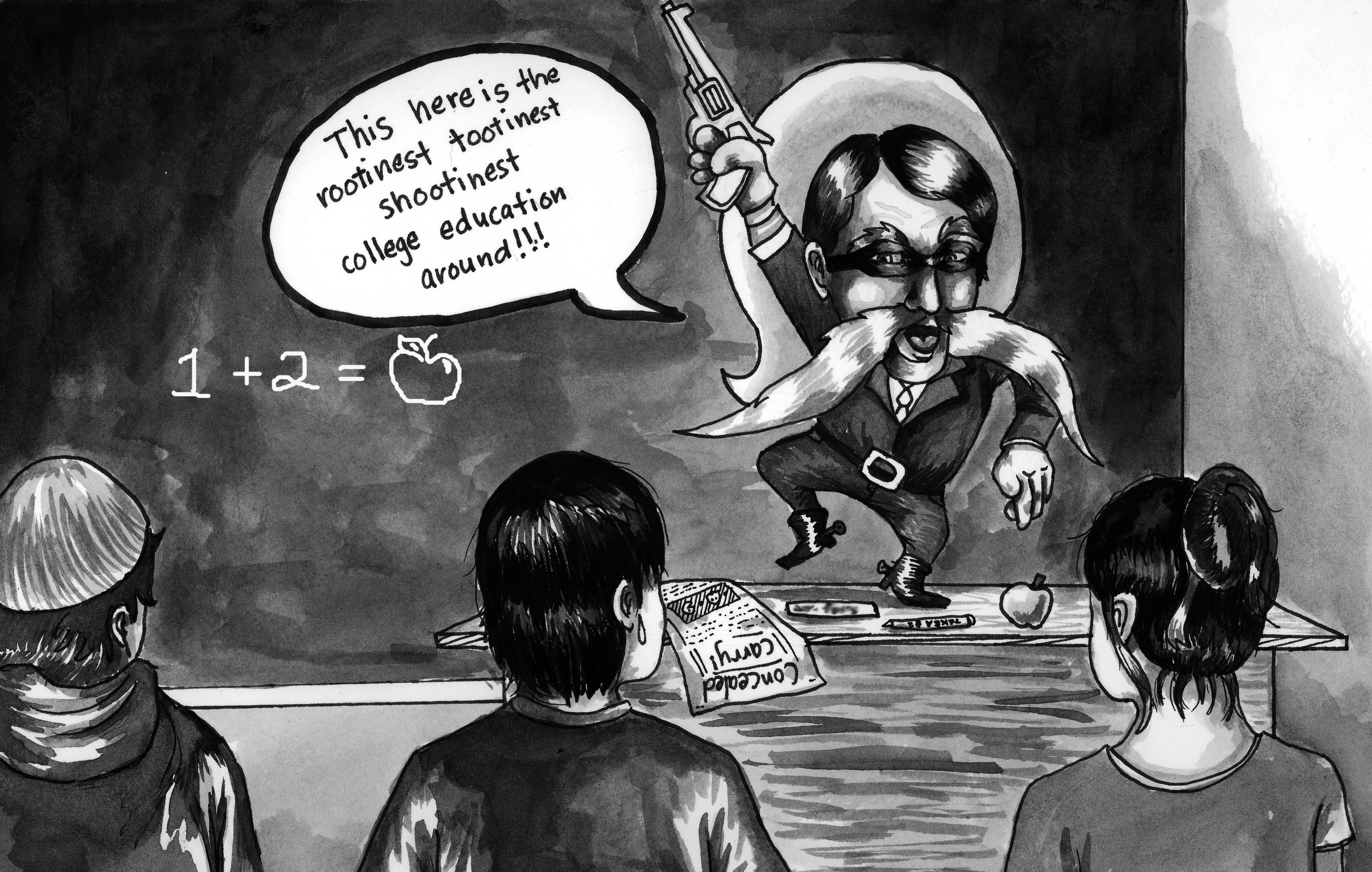 A new Texas law allows individuals who have obtained a concealed handgun license to carry their loaded, concealed weapon in college and university buildings. Since the law took effect on Aug. 24 at the University of Texas, several students have led protests against it on campus by wielding sex toys to display their disagreement over conceal and carry.

The reasoning behind the sex toy protest, according to organizer and recent alumna Jessica Jin, was to fight absurdity with absurdity. Under current Texas law, a person can be arrested in some circumstances for the open carry of a sex toy.

The protest is just the latest event in an ongoing debate over the conceal carry law that has its epicenter at the state’s flagship university in Austin.

So, why is that? It appears the students did not have a say when it came to the process of establishing a concealed and carry policy on campus. This is just the beginning for universities now that the Texas law has been passed. So, how is this going to affect the students in the long run, but more importantly, how is this going to turn out once community colleges are allowed to carry next fall?

Now, it seems that the students at UT were not consulted and if they were, it seems not everyone was aware of the consultation. This sign should be taken into consideration when it comes to deciding the fate of the safety of students and their future. Not everyone knows what is happening around him or her and most are not taking action. If the state law is allowing the consultation of not just staff and faculty about where guns should be allowed on campus, but requesting the consultation of the students as well then why not get involved in the process that will more or less affect you personally, your school, and your safety?

So far, eight states now have provisions allowing concealed weapons on postsecondary campuses: Colorado, Idaho, Kansas, Mississippi, Oregon, Texas, Utah and Wisconsin. Since these states have allowed guns on campus, only one has had any report of a mass shooting or any other incident taking place. The one state that has had a mass shooting was Oregon. In October 2015, Umpqua Community College came under fire, leaving nine dead. At Umpqua Community College, the policy change over concealed and carry came in a meeting of the board of directors on Nov. 9, 2011. Oregon Community College Association legal counsel “spoke about the gun law changes which affect the ability to carry a concealed weapon on campus.” As a result, the counsel noted: “If you have a concealed weapon card, the policy of the board may not restrict a person from carrying a weapon Umpqua’s policy soon changed to allow guns on campus, although at the time of the shooting, Umpqua Community College had as strong a policy as Oregon law permits. In the Umpqua case, though, at least one student (and likely others) was carrying a concealed weapon during the massacre. Needless to say, this did not prevent the tragedy.

An armed Umpqua student, John Parker Jr., explained just how difficult, if not impossible, it would have been for an armed bystander to stop the attack.

“The SWAT team wouldn’t know who we were, and if we had our guns ready to shoot, they could think we were bad guys,” he told MSNBC.

With information like this, shouldn’t the entire community of students and faculty get involved to have absolute clarification on allowing concealed and carry on campus in order to prevent a situation like this? Is it not the point of concealed and carry to prevent a situation like this? It is clear that there is a lot of miscommunication and defiance over this new law, but the only way to reach an understanding is to sit down and discuss the provisions necessary to protect the people.

It is time for students to get involved in this process because it doesn’t just affect your school but it is about your safety. This is your life and it is your call. Don’t you think it is time to make the right one? Get involved or let others decide for you.