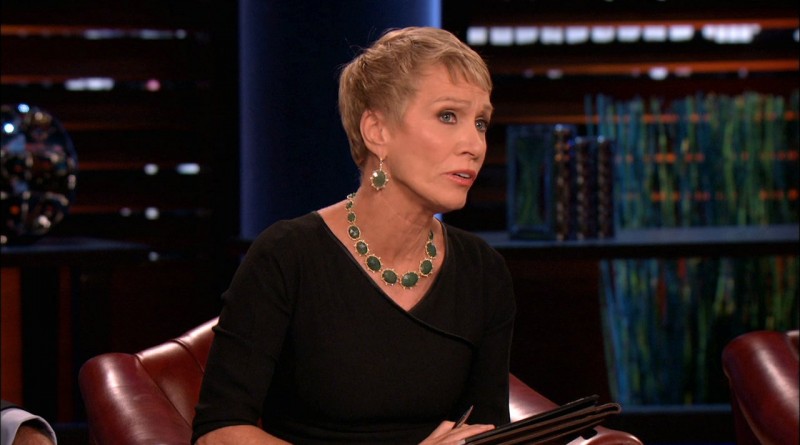 The theme to “Jaws” played as the live broadcast started introducing businesswoman, entrepreneur and reality TV star Barbara Corcoran on Feb. 7 in the White Library. The streamed discussion was part of Del Mar College’s chapter of the National Society of Leadership and Success.
Corcoran, one of the stars of ABC’s hit TV show “Shark Tank,” discussed how she became a successful businesswoman and how her past experiences helped her achieve her goals. She said her mother was one of the many motivating factors in her life, and that the discipline she learned when young has helped her in the business world.
“We learned to settle our own arguments because if we went to our mother with a fight her edict was always the same. She said, ‘Oh yeah, you’re both punished.’ Even if you didn’t do anything wrong you still got punished,” Corcoran said. She said this taught her how to manage an argument.
She also told of how she started her first business after getting a $1,000 loan from her former boyfriend, Ramone Simone, after working in real estate as a receptionist. They started a company together where she was a 49 percent partner and Simone owned 51 percent because he funded it. Eventually, Simone married his secretary, Tina. Seeing Tina in the office every day presented its own challenges.
“I said I wanted to fire Tina and he said I couldn’t because he was a 51 percent partner,” Corcoran said. “So I went through a year of feeling like I couldn’t go on but I did.”
Because of this thought, Corcoran decided to divide the business and split the money they had. She started her own group, “The Corcoran Group.” Simone’s words to her were, “Oh Barbara, you will never succeed without me,” and this motivated her to overcome many obstacles in starting her own business.
“Whenever I was out of ideas, and everything was going wrong, I always thought of those words and I would think of one more idea, and son of a gun that one idea got me over the hump,” Corcoran said.
Corcoran also told of how she was asked to join “Shark Tank” and then was replaced one week before flying out to Los Angeles. She wrote an email to Mark Burnett, the executive producer/creator of the show, to fight for her spot. She told how she handled rejection from many businesses including from Donald Trump himself.
“When Donald Trump wouldn’t pay me a penny, it was a $4 million commission, he owed me and I sued him in federal court and I collected every dime from him,” Corcoran said.
After sending the email, the producers flew her to L.A. to compete for the “lone female chair” on the show. Since then, Corcoran has invested in many entrepreneur businesses, made a career for herself and made a difference in many people’s life and to make them as “filthy rich as possible as I possibly can before I die.”
A student at another college asked via video question how Corcoran addresses and develops the employees who aren’t meeting their goals when they have the potential to do so.
“I think it’s very important to be honest with the person and let them know they aren’t measuring up,” Corcoran said. “Clarity in the beginning, and being honest about the gifts (talents) followed with what’s wrong with what they’re doing is very important.”