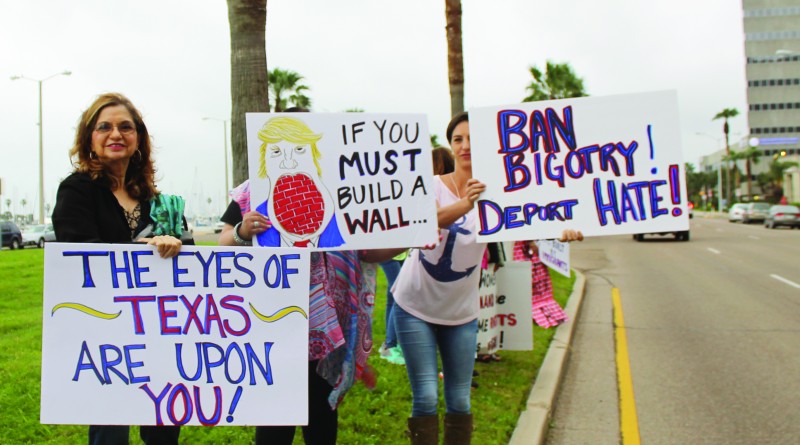 The Texas Legislature is considering Senate Bill 6, commonly known as the bathroom bill, as part of this year’s legislative session.

The bill, if passed, would require people to use the bathroom that matches their “biological sex” as determined by their birth certificate.

“Senate Bill 6, should it move forward in its present form, could have administrative and financial implications for the college,” said Del Mar President Mark Escamilla.

The bill passed through the Senate Affairs Committee with favorable results.

Lt. Gov. Dan Patrick has been an active supporter of the proposed bill. In recent weeks he has rallied members of the religious community around himself and the bill.

Many businesses around the state are not happy with the proposed legislation leading to concern over the economic ramifications if the bill passes.

“After having watched the debacle in North Carolina, it is shocking that the lieutenant governor would be so intent on pursuing SB6,” said Rebecca Robertson, legal director of the ACLU of Texas, on the group’s website. “It’s unnecessary, discriminatory and inconsistent with the constitutional value of equal protection for all. And that’s to say nothing of the havoc it will wreak on the Texas economy should it pass.”

Some Del Mar students and their families will be directly affected by this bill if it passes.

Lynsie Eastwood, a social work major and member of the Safe Space Club, worries the consequences she and her wife, a transgender woman, may face.

“We could get chased out of public facilities,” Eastwood said.

“When she has to use the men’s room, she feels obligated to dress as a man, she has to hide who she is,” Eastwood said. “It causes her dysphoria.”

Eastwood says that until this point they have been able to avoid negative experiences but thinks this bill will put her and her wife in danger in the future. Eastwood hopes that the college will stand with students, who are protected by Title IV.