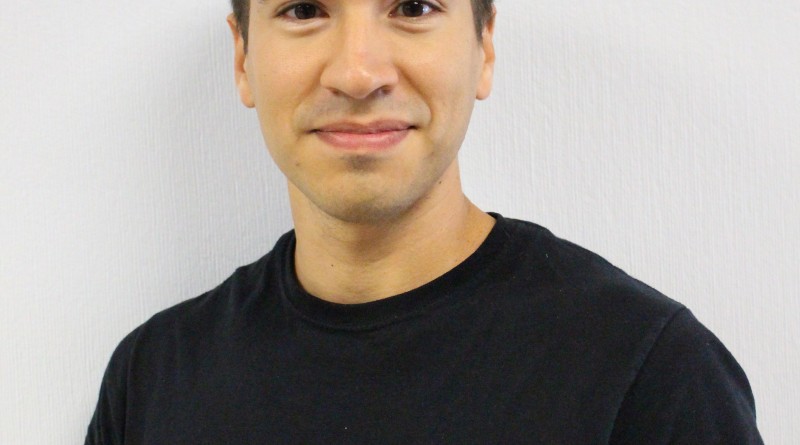 Not every student has a plan for what they want to do when they leave Del Mar College, but Alex Solis, biology major, has set his course.

He was chosen from over 200 applicants across the U.S. for the independent research program, being only one of five who gets to work with mentor Rosemary Smith, a professor from Idaho State University. They will study the ecology and behavior of carrion beetles focusing on habitat selection, anti-predator behaviors, competition and reproduction strategies.

He was also awarded the Research Experience for Undergraduates program, where he will receive a $5,250 stipend as well as free room and board and travel. He was only one of 10 students chosen for this award.

“He has a strong interest in ecology and in continuing his education by going to graduate school. He has a lot of biological knowledge from the classroom, but hasn’t yet had an opportunity to do independent research. We thought we could offer him that opportunity,” said Jennifer Reithel, science director at RMBL.

With hobbies like surfing, camping and hiking, Solis feels it is important to learn more about our ecosystem. His dream job after he gets his Ph.D. is to do field research on bears and bats.

“I want to make a difference and I think research is my way to go. I just want to be impactful,” Solis said.

He credits family with helping him get to where he is academically.

“My mom (Cynthia) and sister (Samantha) have been a big support system,” he said.

Gerald Sansing, a professor of biology at Del Mar, has known Solis since he was young. Solis called Sansing his mentor and the influential reason why he chose to go into the biology field.

“I’ve always tried encouraging him, because he is a very bright young man,” Sansing said.