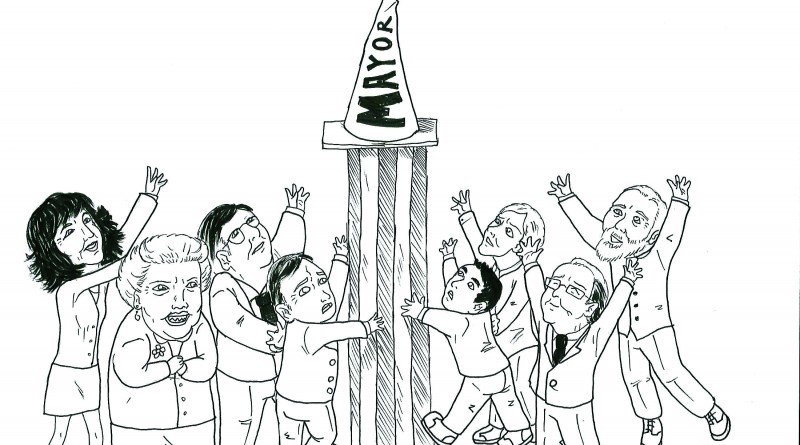 Every person who is eligible to vote in the upcoming mayoral special election must do so. So many people who are able to vote don’t think it’s necessary, but not voting is irresponsible and basically throwing away one of the only chances you really have at making a difference in your community. If you don’t vote, can you really complain about what happens in your town?

Not only should you vote, it’s your duty to know whom you’re voting for. It’s also your responsibility to be knowledgeable about who’s going to be in charge. Can you imagine not knowing anything other than the name of the person who runs your town? It doesn’t make sense that so many people claim to care about their community but don’t bother to educate themselves on who’s in charge.

Corpus Christi has been in the national news twice since December and neither of those times has been for anything good.

First the Coastal Bend weathered the water crisis. If you had to endure the long lines and potential traveling to get drinkable water, you might have wondered how that situation came to be or looked for someone to blame. Comparisons were made to Flint, Michigan, where the water literally catches on fire, contains more lead than you should probably ever come into contact with and is reminiscent of a Wonka-esque flow of chocolate wonder. Yuck.

A month and a half after the water ban, Dan McQueen resigned as mayor after only 37 days in office.

McQueen’s time in office was shorter than Kim Kardashian’s infamous marriage to Kris Humphries, and he resigned on Facebook like a teenager breaking up with his girlfriend.

It reads like an episode of “The Office” or “Parks and Rec,” but it’s very real and very costly. Now the city has to go through the process of picking another mayor and cross its fingers that this one won’t bail.

We really can’t let this happen again. We owe it to ourselves to make sure we elect someone who really cares about our city, and by doing so, cares for us too.

The upcoming election features eight candidates, which might feel overwhelming for some voters; however, local media has plenty of information available for each.

This issue of the Foghorn News features a write-up about each candidate, in their own words. They were all given an opportunity to answer the same questions.

The Caller-Times has done Facebook live streams with each candidate throughout the month of April.

All we want is for people to learn everything they can about those running and make whatever they think is the best decision.

If more people had asked more questions about McQueen’s background the people of Corpus Christi might not have ended up footing the bill for this clown car of a special election.