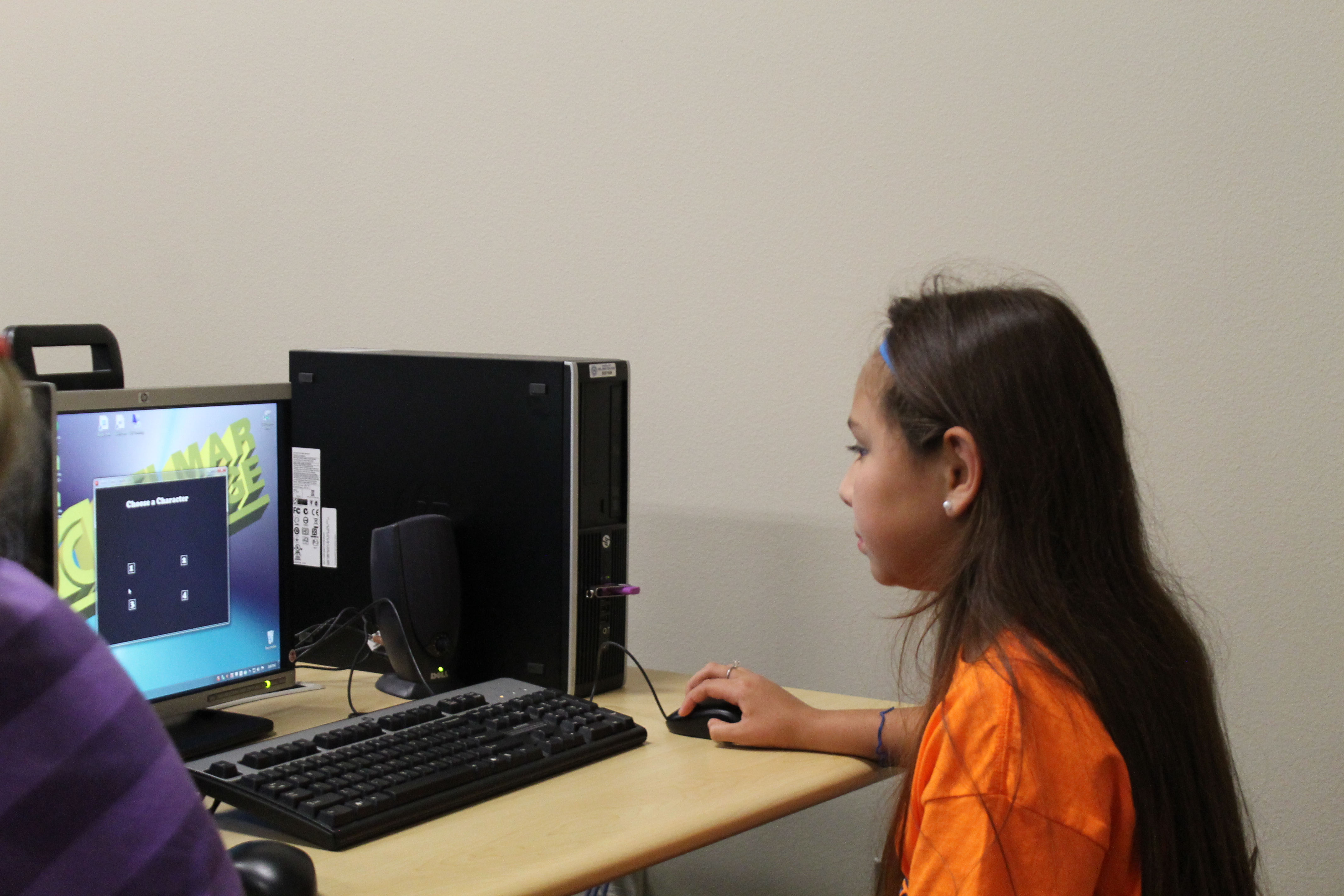 After completing the start/stop sequences of her very own Lego character, student Amryss Rodriguez knew she was one step closer to creating her own video game. While many of her peers are spending their summer playing video games, Amryss, along with several other local youths, are learning to make their own games at Del Mar College’s technology camp.

The second annual six-week camp offers local elementary and middle schoolers the opportunity to work with high-tech programs that will allow them to build, create and design their own computer programs, apps and animations.

“This is new to me,” Amryss said. “I never got to build Legos on the computer or do anything really, except for in the computer lab at school.”

This year, $14,000 in scholarships from the Coastal Bend Community Foundation went toward helping low-income students attend this camp, which is sponsored by Black Rocket Creator Corps. The camp saw a sharp increase from the 60 students enrolled last year.

“The goal was to increase enrollment,” program director Leilani Crown said. “We wanted to do more outreach, and make sure low-income students without the opportunity could come. The scholarships helped 108 students to attend the camp, which really increased the attendance.”

More than 200 students took part in the camp this year, with every class filled to capacity.

CCISD instructors Cinda Alvarado and Jason Escamilla teach the students to design Lego video games in which they design their character using Lego Digital Designer and export the character into a game-maker program to create a custom game.

“The students have good enthusiasm to focus on technology,” Escamilla said. “I love to teach, the kids are very engaged. By the end of the week they have their own game that they can play with friends.”

When the games are finished students are given an opportunity to submit their projects for awards that can earn them scholarships, according to Alvarado.

“These classes are definitely designed for particular audiences,” Alvarado said. “These students are tech-oriented and quick-learners, even though a lot of the curriculum is new to them.”

Student Rachael Mingus, 10, is no newcomer to these camps, and spends her summers attending other classes at DMC. Rachael also attended the technology camp last year.

“It’s a lot of fun because I like technology,” Rachael said. “I have fun in my classes. In the game we are making, we are a character and there are bad guys we have to beat in four levels.”

Students next year can look out for a new addition to the camp curriculum, Crown said.

“We’ll have some new classes,” Crown said. “Next year I want to incorporate robotics, so maybe we can have what we have now and a week of robotics.”