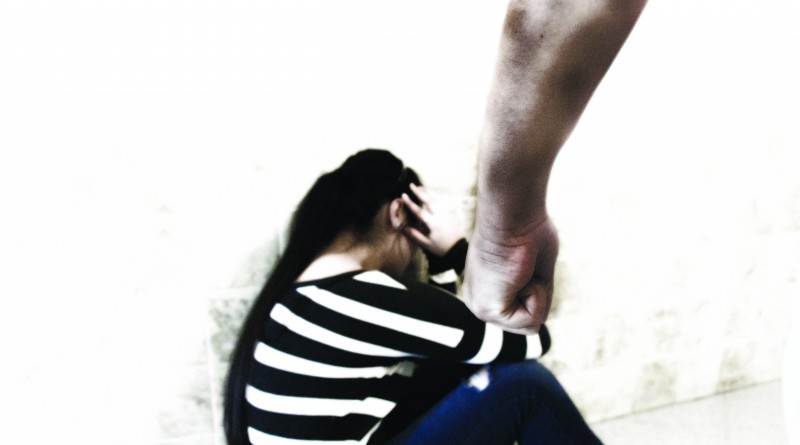 Three years ago, Milena, a Del Mar College student, moved to the United States from South America, in part to escape the vicious abuse by her then-husband.

“In the beginning of our relationship, all was perfect, all was love. Exactly a year after I got married, he started to show his real personality,” said Milena, who is being identified with a different name to protect her identity.

After a night of getting drunk, her husband slapped her twice on her face. He apologized the next day, regretting the incident. Milena believed the night before he was semi-conscious and blamed the alcohol.

“It wasn’t easy to accept my marriage was a wreck. I started to make up excuses and started to believe that this event was never going to happen again,” Milena said.

However, his abuse became a routine every weekend. He also verbally abused her and punched Milena in places not visible to others.

As their relationship continued, Milena felt that she was being treated as a lesser human. Her husband owned a company and the fact that Milena did not make as much money as him caused her to believe she was inferior.

According to Milena, her husband had a background in witnessing abuse as a child, seeing his father abuse his mother repeatedly and hated him for that.

Milena relocated to the Coastal Bend and is remarried, working as a nurse and continuing her education.

Domestic violence is also something shared in the Coastal Bend with Latin America.

In 2015, about 2,830 women, men and children from a 12-county area in South Texas were recorded to have been victims of domestic violence, and were staying at the Women’s Shelter of South Texas.

“I started to live a double life. Behind the door was hell and out in the world I had to show that we were a happy couple,” Milena said.

She was out of contact with her parents and had no key to the apartment she and her husband shared, due to his commands. Her parents had no idea she was being abused.

Five years after being married, she ran away, with help from the apartment security. She returned to her parents’ house, yet he showed up at their door persuading her to return.

“I had the hope that he would change but a person like that never, never changes. After three times of escaping, he always convinced me to return,” Milena said.

After being separated for two months, her husband would stalk her at work, not allowing her to receive a divorce. One day at work she found him in the parking lot threatening her.

Feeling like he was going to kill her, she filed a restraining order.

“One thing students can do is ask for support. Coming to the Counseling Center students can be assured that what they’re going through remains confidential,” Hernandez said. “We will not pressure them to report until they are ready, but we will make sure they have a safety plan in place.”

The Counseling Center works with organizations such as the Women’s Shelter of South Texas to help students find resources.

If needed, the center also offers couples therapy; only one person needs to be a student at Del Mar.

Milena, who is sharing her history to help others in a similar situation, has been divorced for about five years and is continuing her education to be a medical laboratory technician.

“Our life is unique, it’s invaluable and any person in a war deserves to leave,” Milena said. “We are risking our lives believing in a fake relationship, believing that the person will change.”

To contact Del Mar College’s Counseling Center, call 361-698-1586 or email dmccounseling@delmar.edu. The center offers several forms of counseling, including for couples, as long as one partner is a DMC student.

One in five women and one in 16 men are sexually assaulted while in college.

More than 90% of sexual assault victims on college campus do not report the assault.

In eight out of 10 cases of rape, the victim knew the person who sexually assaulted them.

Rape is the most under-reported crime; 63% of sexual assault are not reported to the police.

63.3% of men at one university who self-reported acts qualifying as rape or attempted rape admitted to committing repeat rapes.

81% of women and 35% of men report significant short-term or long-term impacts such as Post Traumatic Stress Disorder (PTSD).