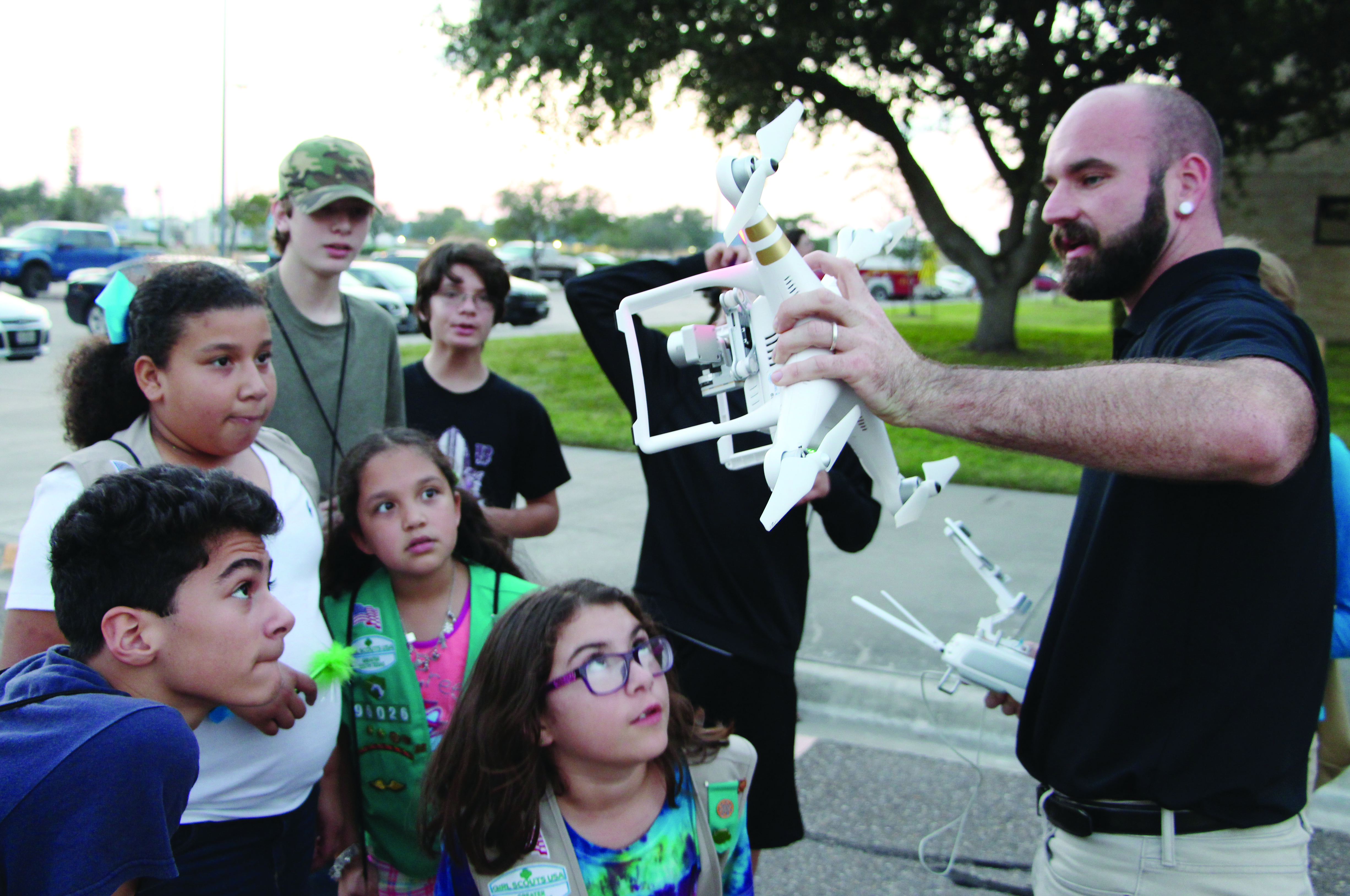 Students such as Ricardo Middle School eighth-grader Ryan Larson were fascinated by each presenter and demonstration.

“I’m into programming computers and possibly coding video games, drones, and I thought that this would be a neat experience for me,” Larson said.

The event taught middle and high schoolers about what drones are capable of with hopes of getting them interested in a career in UAS.

“The event was for middle, high school students and their parents that were interested in advanced technology,” said J.J. Nelson, Del Mar College GIS/UAS instructor. “They could take a look at our program to get an idea of what it takes.”

Other geospatial and unmanned aircraft industries specialists including Texas A&M University-Corpus Christi were also present at the event to recruit future flyers.

Larson’s interest in drones began when he found out what they are capable of doing. 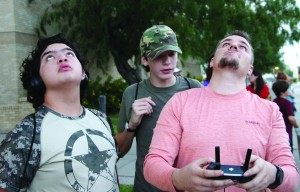 Drones have been used for many things including recently surveying damage caused by Hurricane Harvey.

The Federal Aviation Administration banned all flying of drones unless they were certified when Harvey hit because of emergency responders flying in helicopters and planes.

“Those who did meet the criteria with the FAA, you can do all kinds of things like surveying areas,” Nelson said. This included finding out which infrastructure and utilities needed to be rebuilt for insurance claims and adjusting and studying the loss of coastal areas and vegetation.

In addition to Del Mar College and A&M-CC, other industries including Urban Engineering, U.S. Customs and Border Patrol and XDS Surveying also attended the open house to give demonstrations with flying a drone.

The event was a success and the turnout met Nelson’s expectations.

“It went good. This was the first one they’ve done of this type and I thought it went over well,” Nelson said. “Some of it was demonstration, some was hands-on and some was just presentation so there was a wide variety.”

After learning from the presenters and witnessing demonstrations, Larson felt inspired on what he might do as a possible career with building drones.

“I want to learn to build drones and how to program and put them together so each individual piece works and build it properly,” Larson said.