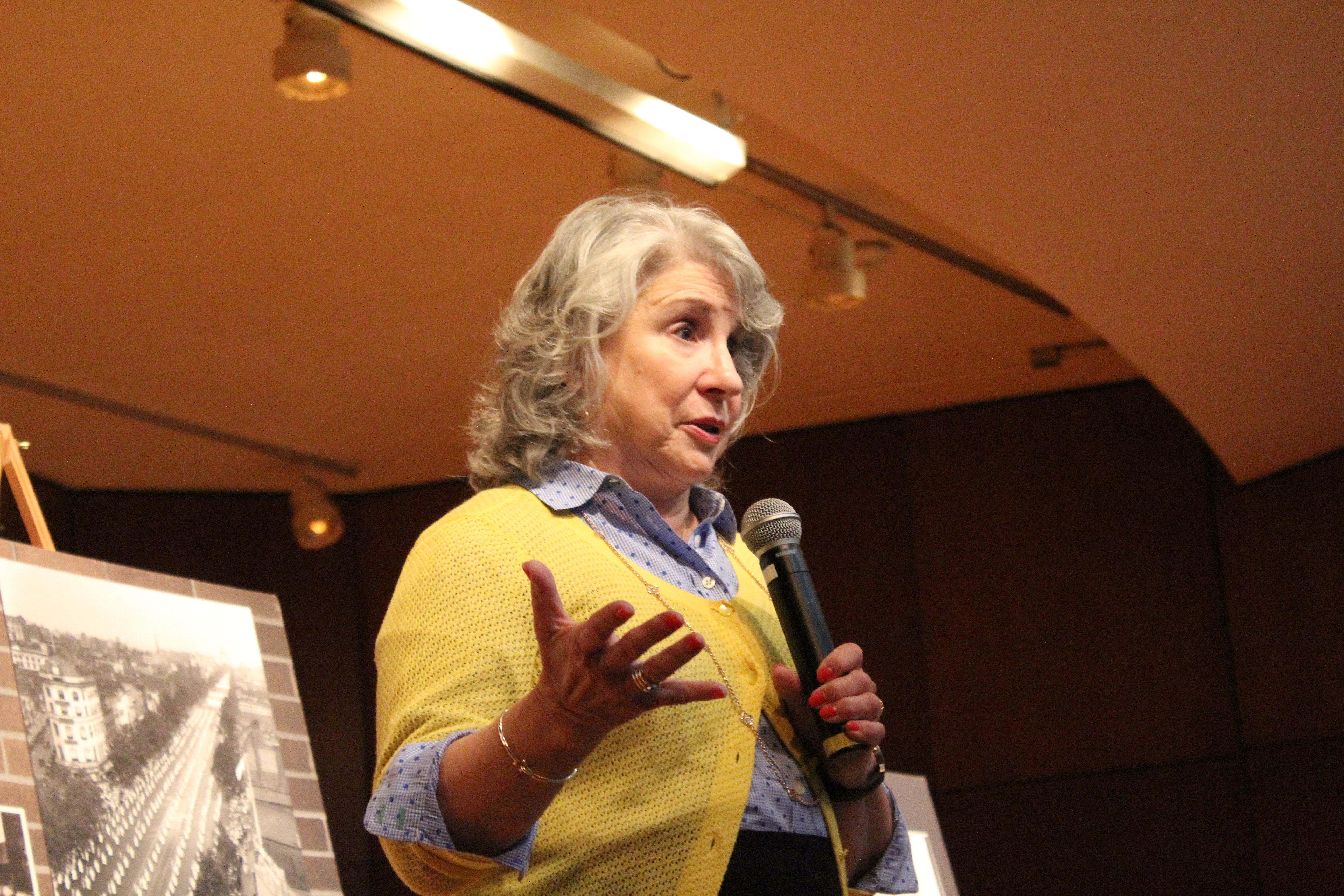 The book chronicles the flourishing of the KKK in Texas at its peak years in the 1920s. Texas prosecutor Dan Moody was the greatest opposition to the Klan and their goals for 1920s America.

“I think personally the single greatest force that helped the Klan was prohibition,” Bernstein said.

The passage of the Immigration Act of 1924, which barred any Catholics and Jews from coming into the United States, coincided with the success of the Klan. The KKK was a powerful force in Oregon politics in the 1920s. With major support from the Klan, Democratic Oregon Gov. Walter M. Pierce was able to pass the Oregon School Law in 1922 that required all school age children to attend only public schools.

The presentation hit home for many people. Attendee Lorre Suadlenak was very interested in Moody’s work and “had a personal connection with the Moody children.”

Others like Jean Evans attended the presentation because she’s active in politics.

“I see people applauding the Klan because they themselves want to stop immigration and believe that Christianity is the only religion,” Evans said.

According to Bernstein the role of journalists is to expose these violent hate groups.

“I think what they’re doing today, get inside the groups, let them hang themselves with their words,” Bernstein said.

For Manuel Flores, professor of journalism at Texas A&M University-Kingsville, history is a pendulum that is already swinging back the other way.

People like Evans “don’t want to see the Klan back in existence,” she said.

Flores likes to bring speakers like Bernstein as part of The Advisory for the Tejano Civil Rights Museum in Corpus Christi. For him “it was the book and the message” and repeating the horror of the Klan is not an option. “Politics is a cycle” and we as Americans have to make sure this never happens again, he said.