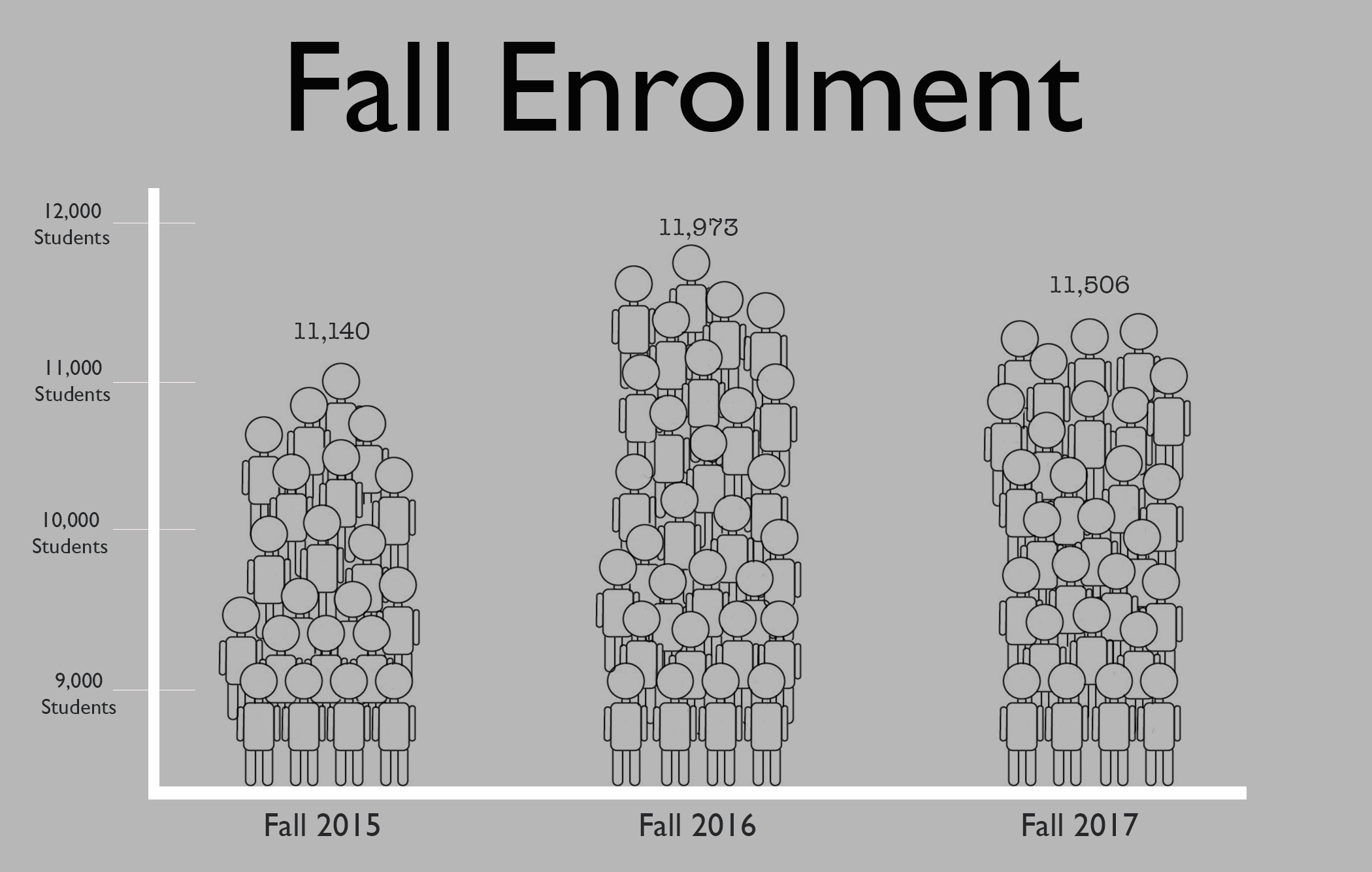 Hurricane Harvey not only caused physical damage to Del Mar College, but it also helped cause a 4 percent drop in enrollment this semester, according to college officials.

The fall enrollment dropped from 11,973 in 2016 to 11,506 this semester. However, this semester’s enrollment is taken from the 12th day of class and will not be finalized until early December.

Rito Silva, vice president of student affairs, said the college will implement more initiatives to try to bring up enrollment.

“We are going to do a number of things to try and bring up enrollment for the upcoming semesters,” Silva said. “We are going to add more eight-week classes, do more registration drives and reach out to those affected by Harvey to see how we can help.”

Silva said while the drop was “not unexpected,” the college will still try to make up for the decline.

Patricia Benavides-Dominguez, dean of Student Outreach and Enrollment Services, said the college will begin promoting spring enrollment on Nov. 6 with a registration rally, with a chance for students to win a $100 dollar gift card for the Texas Book Co.

Concerning Harvey victims, the college is making an effort to help students on an individual basis.

Silva said that so far “59 students have gone to the registrar saying that because of Harvey, they have too much on their plate.”

Because of the situational nature of the people affected by Harvey, Silva said the college is trying to help students with their particular needs instead of offering blanket solutions.

Silva said they have been issuing scholarships and grants to those who are unable to afford school right now and that the college is reaching out to students in affected areas.

Mary McQueen, executive director of development for the Del Mar College Foundation, said there is still money in the Harvey Relief fund and students in need should apply for scholarships and grants on their website.