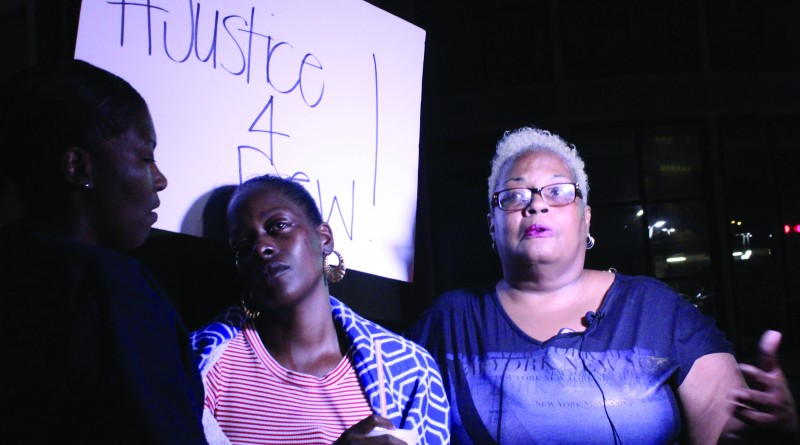 A simple traffic violation resulted in a foot chase, a Taser being used, and, ultimately, 55-year-old Dewboy “Dew” Lister lying on the grass with a bullet wound to his chest.

Dew, the grandfather of a Del Mar College student, died at the hospital two hours later, on Oct. 19.

“There was an altercation there, and then, Dewboy ran — walked quickly, I wouldn’t say he was really running — but he made it clear he wasn’t going to stick around for this,” said Lt. J.C. Hooper with the Corpus Christi Police Department’s public information office. “And so he went back to his car and as the physical altercation broke up, the officer tased him.”

However, according to the police department, the Taser had been ineffective. Physical altercations followed, and while it became unclear, a conflict is heard on the officer’s body camera between Lister and the officer.

According to Hooper, the officer is heard saying, “Get off me, or you will be shot.” A muffled gunshot was barely audible, and Lister died from his wounds later that night after being rushed to the hospital.

The officer has been placed on administrative leave while an investigation is underway, according to the Corpus Christi Police Department. Evidence will be turned over to the district attorney, who is expected to release an official statement within the next week.

“Very few of our officers had ever had to resort to deadly force. It’s an extremely rare thing here in Corpus Christi,” Hooper said.

Del Mar student Detray Cavaness was Lister’s grandson and remembers him as a patriarch to his community.

Following the incident, Cavaness held a peaceful gathering outside of the police department so he and his family would have a chance to be heard, while also letting the police do their investigation rather than demanding answers.

Police have responded by trying to maintain a “positive and fruitful” relationship with their community, Hooper said. The department says it hopes that the community will be patient as the investigation follows and the grand jury comes back with the official decision.

Though Lister’s family and friends grieve over the loss of one of their well-known community members, the incident has given the community a chance to grow stronger and closer than before.

“I pray for my family and my friends, I even pray for the police’s family or friends, because you don’t know what they have to go through,” Cavaness said. “I really don’t know what CCPD can actually do besides send their condolences and show sympathy.”