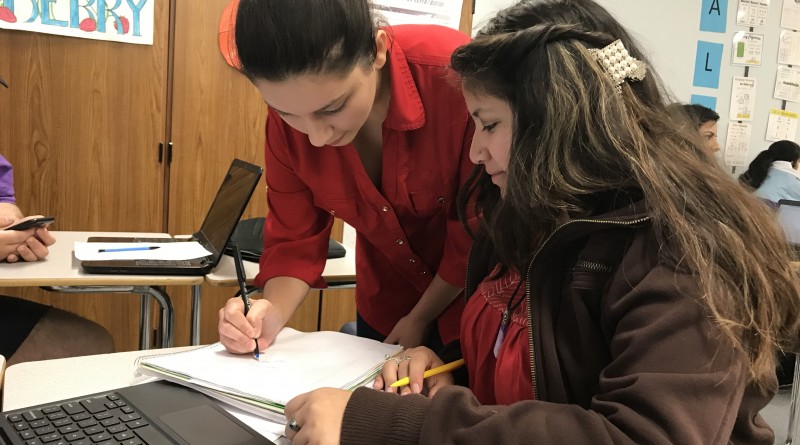 “Red Ribbon Week is important, not for preventing drug use but for educating people about the pros and cons of using them,” Uzoigwe said.

With different themes of the week created by Student Council Secretary Chloe Carrillo and Treasurer Roger Marin, Uzoigwe’s favorite theme was “Drugs are Scary,” dressing up as a skeleton to scare off drugs.

Student Council President Benjamin Falcon said every year schools get a little closer to ending the war on drugs.

“Red Ribbon Week is a vitally important piece of our educational system,” Falcon said. “Due to the sacrifices of DEA agents like Enrique Camarena and the good work of our Student Council members I feel as though every year we get a step closer.”

Camarena was cracking down the country’s largest marijuana and cocaine traffickers in Guadalajara, Mexico, when kidnapped, tortured and murdered by Mexican drug lords.

Each year 80 million people take part in Red Ribbon Week, according to The National Family Partnership.

According to Uzoigwe, he has never done drugs but was once offered in elementary school when another student asked him to snort tobacco.

Uzoigwe did not take up the student’s offer.

The Coastal Bend Wellness Foundation talked to student at the end of Red Ribbon Week, educating students on different substances such as e-cigarettes, hookahs and caffeinated drinks through their program Project Turnaround called Too Good For Drugs.

With more insight to the effects of drugs, Uzoigwe feels that drug-prevention week taught him beneficial information.

“An educated decision is the best decision,” Uzoigwe said. “And because drugs have both a long-term and short-term effect on one’s body, it’s important to know what those effects are before one uses them.”