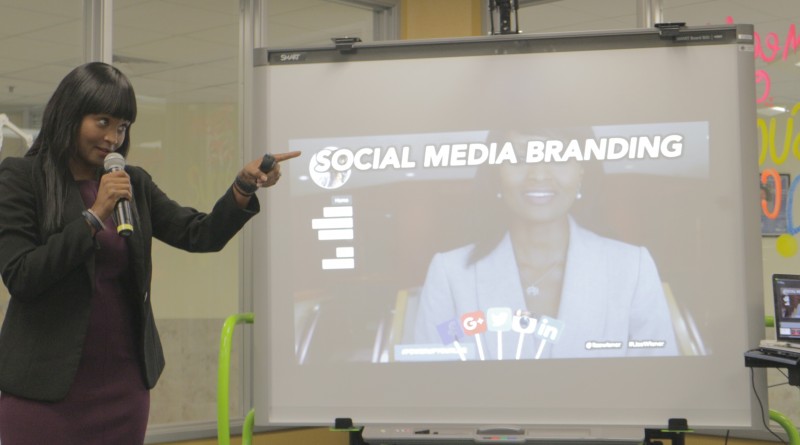 After attending a lecture on social media in the Student Success Center, education major Jade Mitchell realized she was going about it wrong.

“I’m going to change the audience I focus on,” Mitchell said.

Mitchell and several other students attended the Oct. 26 lecture on social media given by Liza Wisner, learning and organizational development manager for the city of Corpus Christi.

A Texas A&M University-Corpus Christi graduate, Wisner believes her role in the social media journey is to “connect people and technology together.”

She talked extensively about the journalist’s initial role in communication and how to make it, as well as how one needed to get their name in the papers with regards to the evolution of social media. Her bachelor’s degree in computer science came into play as she expounded on the importance and functionality of the computer and its role as the initial vehicle for social media beginning with forums.

For Eva De La Garza, director at the Student Success Center, the lecture was about staying focused and being true to yourself.

A veteran of the reality show “The Apprentice,” Wisner also spoke of the importance of social media balance in one’s professional and personal life.

You must “become what you respect,” Wisner said. The professional aspect on social media is significant because to find a job a person must have a digital network of associates and the company must find you, Wisner added.

Wisner, who also has a graduate degree in educational technology, said the biggest problem she finds with people in regards to social media is that they aren’t themselves and are inauthentic.

According to Wisner, in an ever-changing world our legacy and branding is important. The experienced entrepreneur owns PowerUp.org, which helps disadvantaged individuals left behind lead productive lives.

In this fast-paced digital world with social media on the rise, “privacy is dead” and “we have to take care of our humanity,” Wisner said.