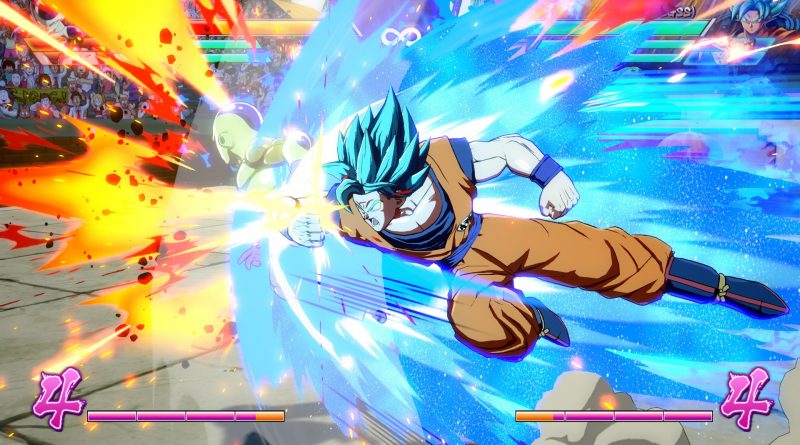 “Dragon Ball FighterZ” is the newest fighting game in the Dragon Ball franchise of videogames, itself based on the “Dragon Ball” media franchise. It is a 2-D fighting game developed by Arc System Works, the designer of popular fighting games “BlazBlue” and “Guilty Gear,” and was published by Bandai Namco. The game was released worldwide on Jan. 26.

Arc System Works has done a wonderful job of presenting the game. Subtle effects such as air distortion and ground displacement actually make one feel as though they are these godlike fighters from the franchise. Each match only lasts a single round; however, each player will be able to select up to three fighters from the roster. The roster consists of many of the heroes and villains from the show with even some unlikely fighters being able to hold their own such as Yamcha and Nappa. The fights themselves feel as though they were taken out of the show with certain moves and attacks taking chunks off the scenery and even possibly destroying the planet the players are fighting on. The fighting mechanics and combo streaming make this a great fighting game for anyone into the genre, even for non-fans of the series. This reviewer had actually never seen a single episode of “Dragon Ball” or its continuations before playing this game.

While the mechanics of the game itself are amazing to look at and play, it’s actually playing the game that can become the issue. While all the single-player components are playable just fine, most players of the genre would like to take their skill against actual human opponents.

Unfortunately, the online functionality of the game is spotty at best. Wait times are rather long and joining a game lobby can be an effort in frustration during peak play times. Even worse is that there’s no reliable way to play with friends. The private lobbies, the creation of which is vague and took an unreasonable amount of time to figure out, are often unplayable. This reviewer has at this moment been unable to play a match online with friends because of the issue. The lobbies just don’t appear.
While this is definitely a wonderfully crafted fighting game, this reviewer cannot recommend it at present because of the glaring issues in online play. However, the developers have acknowledged the issues and with updates will hopefully bring this game up to the fighting masterpiece it could be.

Gameplay: A
Graphics: A
Story: D
Soundtrack: C
Overall: B