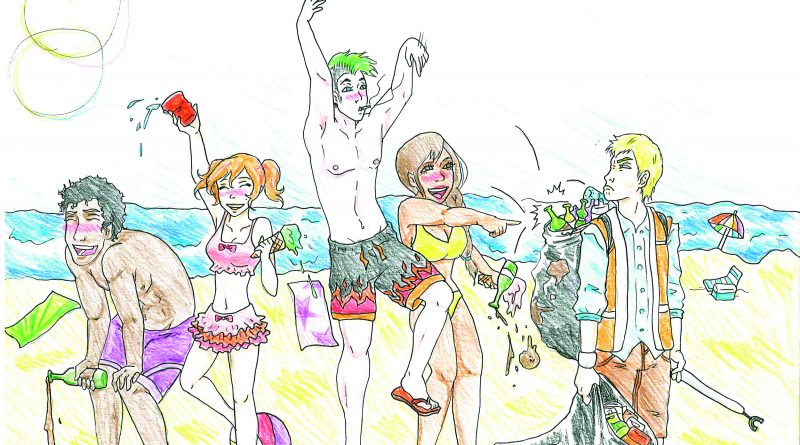 Spring break is one of the many times of the year that truly bring the worst out in people. Along with Black Friday, New Year’s and the Fourth of the July, people seemingly forget how to be normal and decent and truly make the rest of the population look horrible.

Unfortunately, you can’t prevent people from doing all the things that occur during spring break, such as drinking and driving, partying too much, littering and more. However, there are ways to make the world a better place during a week where partying on Padre Island often makes the news for being one of the trashiest places on earth.

One of the clearest ways to help out is to volunteer. Litter on the beach is SO bad after a week of partying and it doesn’t just magically disappear once teens head back to class. Grab some gloves, get some sun and help make sure sea turtles don’t choke on some plastic bags that held your nasty Four Loko’s. Turtle herpes (Google it) is already enough of a problem in the turtle community, they shouldn’t have to deal with trash.

You could also volunteer for local charities. Communities are still feeling the impact of Hurricane Harvey and could always use help. You also also donate some time to places that involve children. Many parents can’t take a week off or don’t have the resources for a babysitter, so they send kids to camps or programs to have fun.

OK, maybe you are still trying to go out and party or at least have a fun time. That doesn’t mean go out and get trashed and litter everywhere, but you could be a designated driver for people. Now, it is a pain to deal with drunk people, so you can try to make it a business opportunity. You can charge a small fee of like $5 and offer your services to your friends. You still get to go have sober fun, make some money and then your friends get their own driver.

If you want to get trashed, just make sure you have Uber or Lyft on your phone or the number of a taxi service, as some taxis give out free rides.

At the end of the day, just don’t litter, don’t drink and drive, don’t be an asshole and stop making South Texas look so bad during spring break.