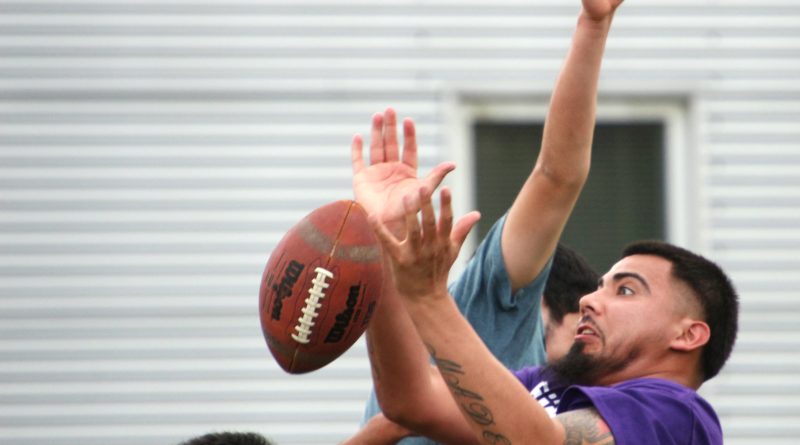 After four games in three days, the flag football tournament saw two teams face off in the championship, for which there could be one winner.

With team A Zeke Outlook taking on The Walking Dez for the title, competition was fierce on the field by the East Campus gym. Teams of five students each took turns moving the ball downfield in the spring weather, with temperatures in the mid-80s from March 27-29.

“I’m very competitive and wanted to win, plus it was a very fun game,” Davila said.

About 20 Del Mar and Collegiate High School students participated in flag football, according to intramurals director Kristy Urbick. Flag football and soccer, which is set for April 9-12, are two of the most popular events each semester.