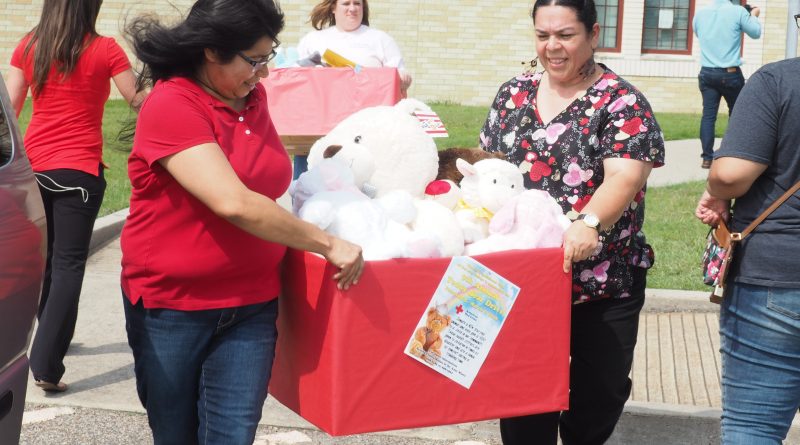 Del Mar College’s Early Learning Club set out to give children a “gesture of hope” for its ninth annual teddy bear drive. By the time it was done, that gesture had been repeated hundreds of times.

The Early Learning Center donated over 575 bears and stuffed animals to the American Red Cross to benefit children affected by disaster.

“Last year, Hurricane Harvey hit and because it hit our area, it means more to us,” said Renee Torres, president of the Early Learning Club. She added that the purpose of the drive was to help children and families who have lost everything in recent disasters, including Harvey.

“It is important that these stuffed animals are given to a child that has suffered a tragedy in their lives,” said Debra Murphy-Luera, executive director of the American Red Cross. She added that giving a stuffed animal to a family in need is their way of saying that the community is there for them.

Murphy-Luera was more than pleased to see the numerous donations that came in after their donations from last year had been depleted.

“Seeing the smiles of the people … there’s a sense of pride in the program continuing the tradition,” she said.

Once the Red Cross volunteers help sort out the donated stuffed animals, they are sent to be handed off to a family in need after the disaster.

“We have our disaster action team members to meet with families individually after a disaster where they take the stuffed animals with them,” Murphy-Luera said.

Donating stuffed animals meant more to Torres than just a sense of pride as it hit home.

“As a parent myself, I know how it feels for a child to get something that isn’t expensive but has a lot of meaning to it,” she said.