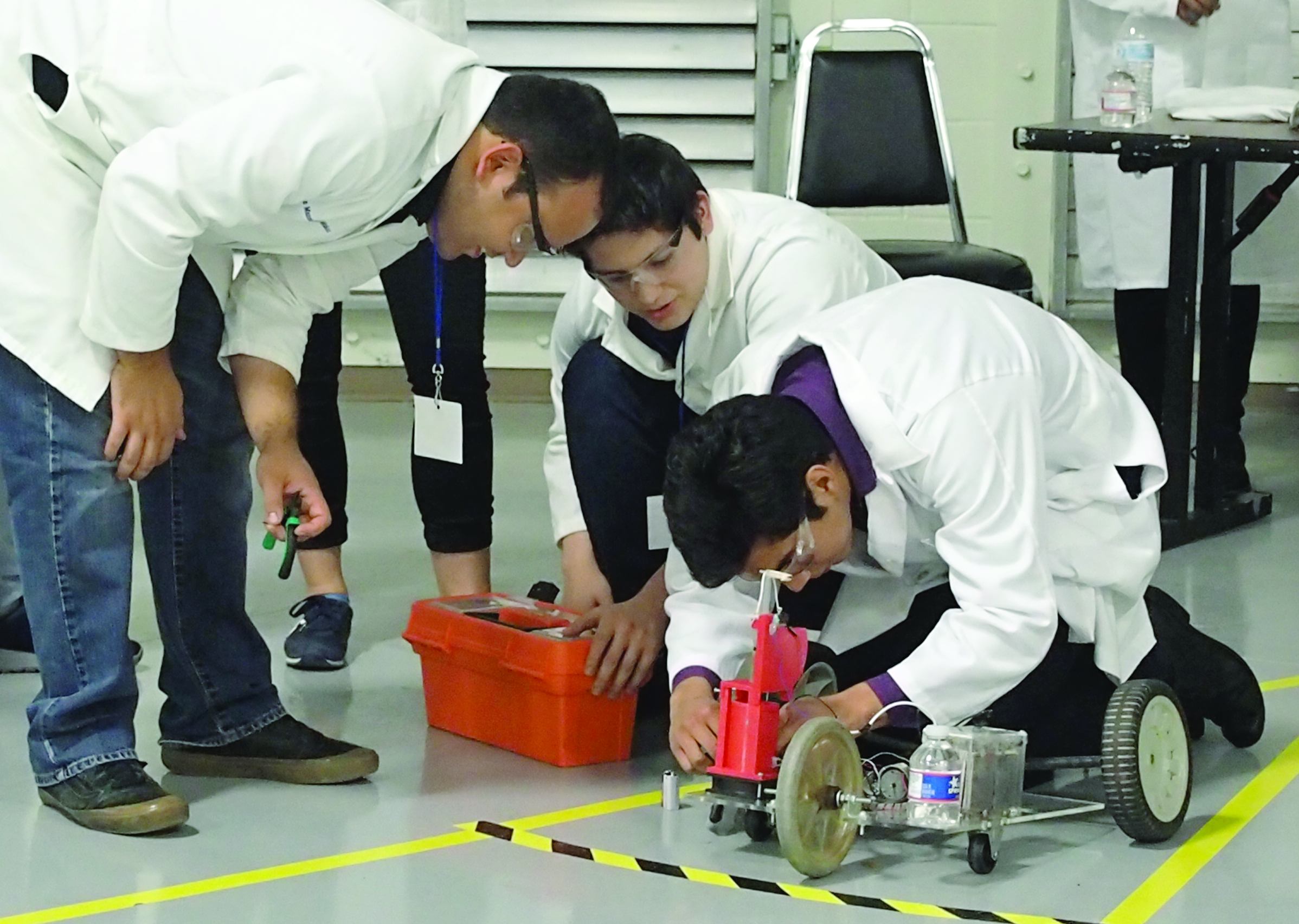 Students from across Texas participate in the competition

Chemical engineering students from universities across Texas recently came to Del Mar College to compete in a chemical-powered car competition.

Del Mar and Texas A&M University-Kingsville co-hosted the Southwest Region AIChE Chem-E-Car competition March 31 in the Emergency Training Building on West Campus. The event brought out chemical engineering teams from the University of Houston, Texas Tech and others to spark an interest for DMC students in the field the same way A&M-Kingsville chemical engineering major David Juarez was inspired.

“As a chemical engineer, I thought this would be a good opportunity for me,” Juarez said of the competition, which challenges students to build vehicles powered by chemical reactions.

Juarez said he also has competed in College Station and that he created a prototype that helped him with competing in this competition.

“I’ve been in a competition event called ‘Aggies Invent,’ and I thought it was much similar to this,” Juarez said.

Maverick Weidman, a mechanical engineering major from Texas Tech, got into designing Chem-E-Cars while attending an organization fair to work with cars, but in a different way from what most do in that particular field.

“I went to the chemical engineering car booth and signed up for it two years ago and here I am,” Weidman said.

Texas Tech’s Chem-E-Car, titled Tortilla Power, came in first. Weidman said his experience in working on robotics back in high school helped aid his team to victory while learning something in the process.

“There’s a culture that comes with events like this, and it taught me that culture and how to participate in it,” he said.

The event also brought out chemical engineers from Prairie View A&M University to compete in this competition for the first time since 2006.

“We wanted to represent our university in a way we knew how, with chemical engineering,” said Elyse Hebert, Prairie View A&M chemical engineering major. This was Hebert’s first time in working in Chem-E-Cars and although they didn’t place, she added this was a learning experience.

“We have some new ideas forming at the moment so we’re going to come back next year better than ever,” she said.