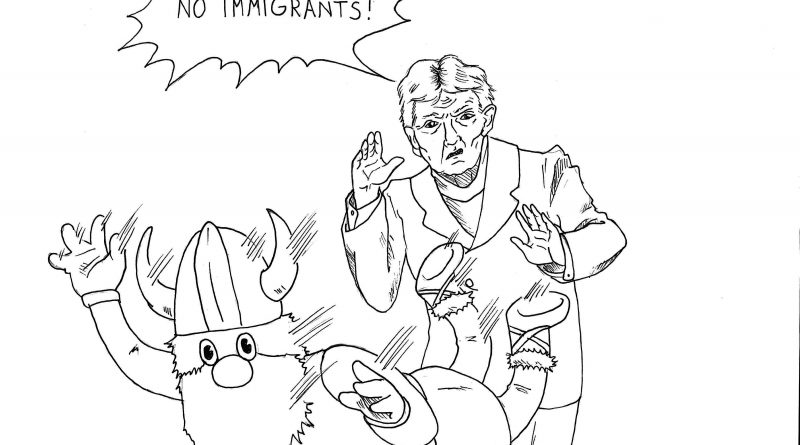 District 4 Regent Guy Watts stepped down from his seat recently with the intention of running for an At-Large position this November. After a tumultuous term full of controversy, Watts should instead step away from the spotlight.

Watts’ problems began in 2014, when he said Del Mar had become a “sea of mediocrity” after targeting immigrant and poor students. He has also said the college is “swamped” by “unprepared” and “remedial” students, while attempting to back up his claims with correlations between financial aid grants, illegal immigration and an increasing Hispanic population statewide.

He has also advocated for the new southside campus to be reserved for the highest academic achievers, whom he says live largely on the southside, Padre Island and in Flour Bluff.

On top of these claims, Watts has repeatedly broken numerous bylaws and has had four censures against him, which are the highest punishment a regent can receive from the board, although it has no real consequences. The college has also spent $16,000 investigating him.

Watts’ time on the board was one that did no good other than garner ill will of many people, including the other regents.

A major reason he should step away is that Watts’ language is often coded racism. He has said a large part of the immigrant and poor students are “unprepared.” He also has suggested segregating the unprepared and remedial students from the southside campus. These highest academic achievers, however, largely live on the southside, Padre Island and Flour Bluff — or as it happens to be, the parts of town with the most white people.

He has recently begun advocating for a northside campus, which at his last meeting this April he said would help “those kids” that he knew from when he used to play basketball with them.

Del Mar is a primarily Hispanic serving institution that has provided affordable education for students of all races and ethnicities.

One of the aspects that makes Del Mar a great college experience is that you are thrown into an environment where it doesn’t matter if you are a fresh high school graduate or a 35-year-old mom trying to start a new career. Trying to split people up instead of giving everyone a fair shot goes against the ideals of what a good college should stand for.

Many of his supporters claim that he is good as he brings another viewpoint to the board and that his ideas are OK under free speech. We are not saying he shouldn’t voice his opinions and never have, but that doesn’t mean his viewpoints are good. Having a different viewpoint on the budget is one thing, but a viewpoint that tries to keep people from going to school is another.

Luckily Watts was the sole board member advocating for these things, but nonetheless, his record aside from that shows one of clear disregard for the board and the way it works. He hasn’t been a good board member by any means, and the college is spending money, which could go to helping students, to investigate a person who shows no remorse for his constant wrongdoings.

Overall, voters should reject Watts if he runs in November. His rhetoric is not one that should represent the college and one that has not and will not help the college in any way, shape or form.

One thought on “Watts should stay out of race”