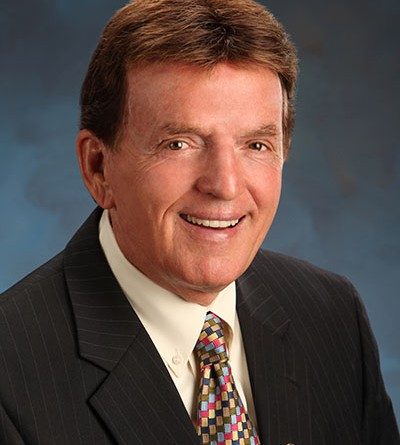 The Board of Regents accepted District 4 Regent Guy Watts’ resignation on April 16.

His resignation was accepted at a called meeting with a 7-0 vote, with Chairman Trey McCampbell and Watts not present.

Watts sent his letter of resignation April 12 and plans to seek an At-Large position on the board, he told the Foghorn News.

Watts said in an email that after years of advocating for a southside academic campus, and more recently a northwest academic campus, that it was time to withdraw as the District 4 representative.

“I decided that to so advocate effectively I need to return to being an At-Large regent candidate in the November 2018 election,” Watts said in the email to the Foghorn News.

However, his letter of resignation to college President Mark Escamilla and McCampbell cited another reason and didn’t mention his future political plans.

“Having gone through ‘heart surgery,’ I simply cannot risk Augie’s ‘stress game,” Watts’ letter states, referring to Del Mar’s legal counsel Augustin Rivera. “So please consider this as my ‘resignation’ as District Four regent on the DMC board.”

The board has spent more than $16,000 investigating Watts for possible violations since he first made controversial comments about the new southside campus. In 2014, Watts said Del Mar had become a “sea of mediocrity” after targeting too many poor and immigrant students.

Watts’ resignation comes amid a fifth investigation and four censures since April 2016, which is the highest form of punishment that the Board of Regents can give to one of its members but carries no real consequences. State law does not allow regents to remove Watts, who was first elected to the board three decades ago.

Watts, whose current term was to end in 2020, was also accused last year of violating the state’s Open Meetings Act by emailing about college business. His official resignation letter addressed that.

“… I have not sent in 2018 one single email to regents. The issue is resolved!” he stated in the letter.

The resignation also comes two days after the board opened a fifth investigation into his behavior during a closed session at its monthly meeting.

Watts, a Del Mar alumnus, has said the college is “swamped” by “unprepared” and “remedial” students and tried to back up his claims with attempts to correlate financial aid grants, illegal immigration and an increasing Hispanic population statewide. He would like to see the southside campus be reserved for the highest academic achievers, whom he says live largely on the southside, Padre Island and in Flour Bluff.