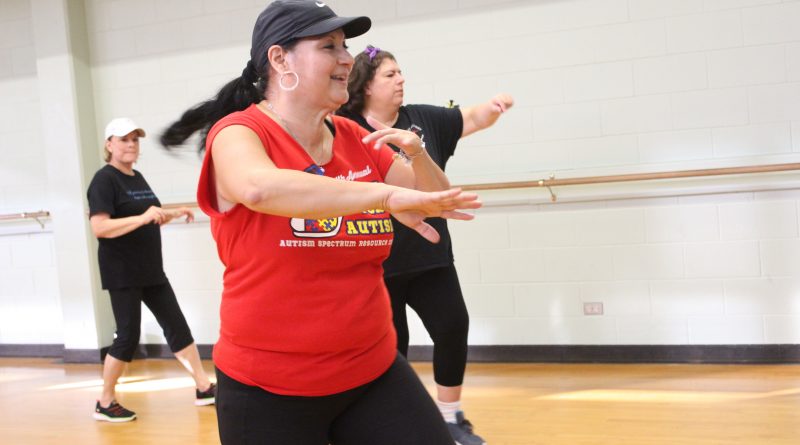 National Crime Victims’ Rights Week concluded April 14 with a two-hour Zumba workout to raise awareness of the rights these victims have.

The walls of the gym in Del Mar’s Kinesiology Building were adorned with banners detailing victims’ rights while food and water were available to those who attended. Rose Trevino, the regional victims service coordinator with the Texas Department of Criminal Justice Victims Service Division, spoke at the event. Janet Martinez, a local Zumba instructor, led the group of about 25 in exercise.

Along with the banners, brochures with information were also available.

“Seldom do people learn about crime victims’ rights. It’s only until they’re thrust into the criminal justice system that they actually find themselves needing it and then they don’t know where to turn,” Trevino said, adding that Nueces County had 29 homicides in 2016. “That’s a lot of victims when you consider that each one had a family, belonged to a community.”

Melissa Pantoja, who attended the event, said she had not heard of Crime Victims’ Rights Week before hearing about the event through Facebook.

Lily Ramos, with the Children’s Advocacy Center, also was at the event.

“A lot of (people) are unaware of the services the county can provide to them because they are victims of crime,” Ramos said.