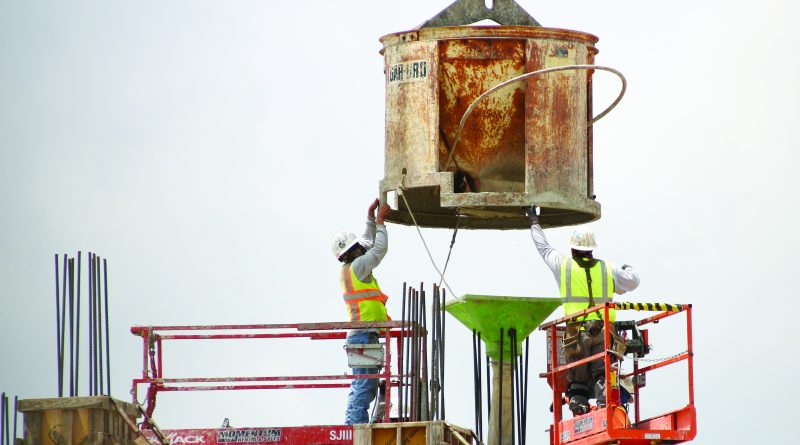 Students may have noticed the mass of construction materials in the middle of campus beginning to take shape. With the concept design approved in January 2016 and the removal of the old English Building last summer, the completion date for the East Campus project is anticipated for March 8, 2019, according to Velia Balboa, project administrator for Bartlett Cocke & Beecroft, a joint venture.

Balboa said the project has had no notable setbacks; by Aug. 15, 2019, students will be sitting in classes in the brand new complexes.

“A positive step was that we added manpower and have been working overtime,” Balboa said. She is most excited about the finished project because it “will be a beautiful building.”

According to Chris Shull, assistant construction manager for AGCM, a construction management and estimating firm that takes part in the project, the estimated month for construction completion on East Campus was previously February 2019. He also mentioned factors that could interrupt the completion date, such as inclement weather changes.

The $45,393,000 project on the General Academic Complex and Music Phase II, not including additional costs for demolition and administration, has been steadily following its master schedule, according to the public information timeline on the Del Mar website.

West Campus construction, he said, is a different story; because of the different building styles, like the use of steel foundations on the West Campus project, the process varies.

The new workforce development center, which began construction on April 17 of last year, is expected to be completed and holding classes by January 2019.