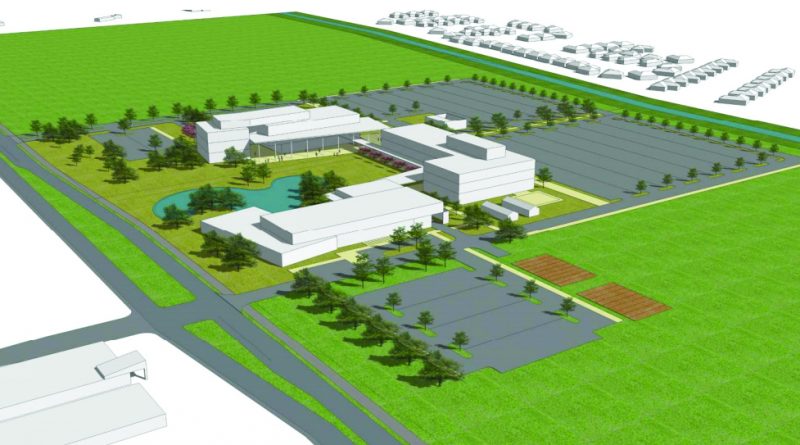 Phase one gets approved for the new Southside campus

The Board of Regents unanimously voted to proceed with the South Side Campus Master Plan at its Aug. 14 meeting, giving the go-ahead for phase one of construction.

The plan includes construction of the Main Building/Library, STEM (science building), Culinary Institute and Central Plant, along with a 1,200-space parking lot. The $101 million project would include about 280,000 square feet.

The campus includes a community garden for the Culinary Institute, greenhouses for science programs and outdoor space for architecture programs.

Del Mar Provost Beth Lewis welcomed principal architect Phillip Ramirez from Gensler and Turner Ramirez Architects, as well as August Alfonso, the college’s chief information officer, as she ensured the Regents “will be very pleased” with the Master Plan that had been discussed in a previous workshop.

The Regents expressed their worry of the surrounding streets, Yorktown and Rodd Field, considering they’re included in the small group of streets in Corpus not under construction.

Alfonso and Ramirez said city officials are in compliance with the plan and stress the time allotted for this project, planning to beat any street construction that may occur in the future.

Alfonso wanted to make sure all the Regents were on the same page and that any concerns were being voiced.

“Workshops and meetings are reassuring for our team, and means were on the right track,” Alfonso said. “We’re actively working on phase one to ensure it reflects the vision.”

Alfonso and Ramirez both expressed their gratitude and thanks to the Del Mar officials for their “availability and active participation during the summer months of the Master Plan,” Alfonso said.

The Regents also unanimously approved a new policy presented by Tammy McDonald, vice president of administration and human resources, to allow nursing mothers a break time for their needs.

There are federal guidelines in place giving women this opportunity, but Del Mar wanted to take it a step further and adopt it as its own policy to ensure the rights of these students were being protected, McDonald said.

District 3 Regent Elva Estrada has filed for re-election. Gabriel Rivas III and Ofelia Chavez will face off for the District 1 seat vacated by Guy Watts in the spring. Sandra Messbarger hopes to defend her At-Large position against Hector “Coach” Salinas and Watts.