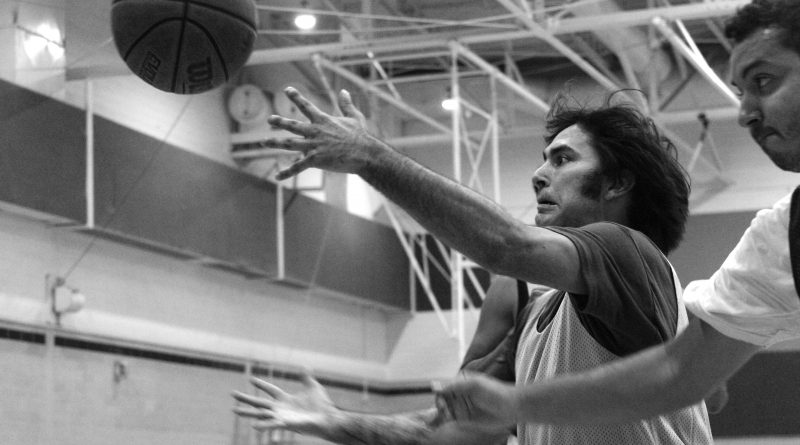 Jonathan Perez (left) and Michael Lopez fight to get the ball before it goes out of bounds.

Students of all majors came together to compete against one another over four days in 5-on-5 basketball. Each day consisted of two teams made up of different students each time.

In the final game the team sporting black jerseys faced off against the team wearing white jerseys. Unlike past semesters, teams were unnamed. While the first few days of the tournament were cordial, the final day was intense.

“There was better competition, both teams were even out, but they had an upper hand. They had more shot selection and we had more drive and foul contact, but honestly they won for today,” said Joshua Fernandez, the black jersey team’s point guard. 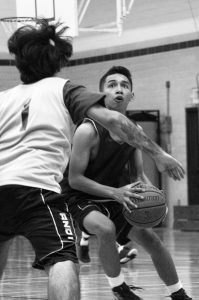 One player stood out in particular on the white jersey team and dominated the court all four days of the tournament. Digital media major Wesley Febre, although on the shorter side for basketball, did not let his size affect his play.

“When I was playing high school basketball, you know, I had to learn how to shoot over tall guys,” Febre said.

The event also allowed for basketball lovers who had never competed in intramurals to give it a try for the first time.

“Usually when you play at the park or street ball it’s completely different. A lot of people don’t call fouls, you don’t have refs, of course you never really toss the ball unless someone scores, and there’s no jump ball when I play usually, so it was different, but it’s cool,” student Sam Salinas said.