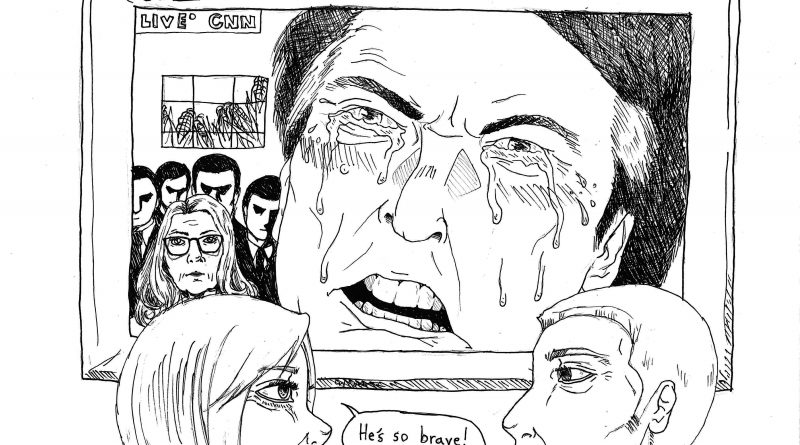 Gender roles, when it comes to sexual assault, have become a double standard, with women too often portrayed as irrational and men as brave souls.

It’s wrong to think that Kavanaugh would be questioned as equally as if it were Dr. Ford sitting in his seat herself. As I was able to see on C-SPAN, that is not the case.

The Judiciary Committee’s ranking member, Dianne Feinstein, started by stating, “Because of how women are treated in the United States, with this kind of concern, is really wanting a lot of reform.”

With several members of the Senate calling to into question Ford’s allegations, it seemed to show aggression from the Republican Party for the impediment on the vote.

Kavanaugh, while on the hot seat, was greeted with sympathy from Republican senators. Many Republicans didn’t question him, but instead defended him, in the face of the Democrats who asked tough questions about Ford’s accusations. Kavanaugh, who became emotional and defensive, didn’t seem to answer the questions by the Democratic senators.

Kavanaugh’s tears created sympathy for him on social media as a victim of “false” allegations, while many called Ford’s emotional response irrational.

This is where we begin to see the double standard in our gender roles — not to take away from any allegations that are made against men.

Compare the Kavanaugh situation to Tim Lennon, the president of the Survivors Network of those Abused by Priests, who just happened to come forward in 2012 when he remembered more of the abuse that took place 50 years before. Lennon said it was after his daughters turned 12, the same age he was when the abuse occurred, that brought back the underlying memories. With Father Peter Murphy now deceased since 1980, he reached out to the Diocese of Sioux City to tell them of the alleged abuse. Bishop Nickless didn’t offer outrage at the alleged abuse but offered an apology on behalf of the church.

In both cases there was no evidence provided and the allegations were based on memories surfacing in the victims’ minds. One accused is alive and well, versus the other, who is dead. Both are brave for coming forward, and neither has anything to gain from their allegations.

Society needs to stop providing sympathy to men compared with the slandering provided to women who come forward without the evidence to support their claims. Credibility should be based on due process, not based on gender.