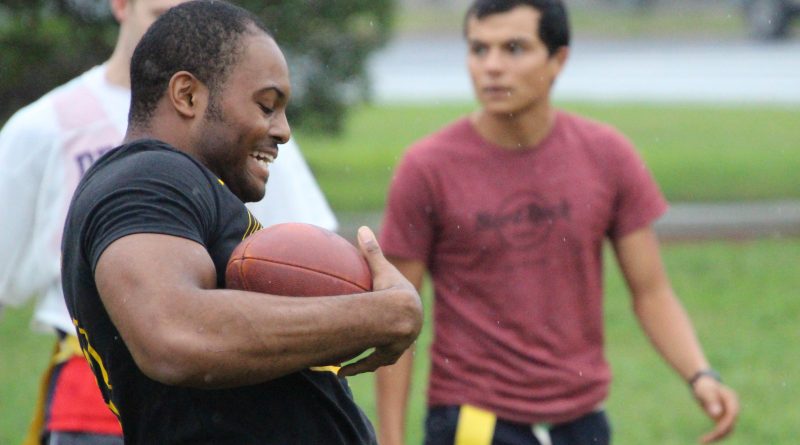 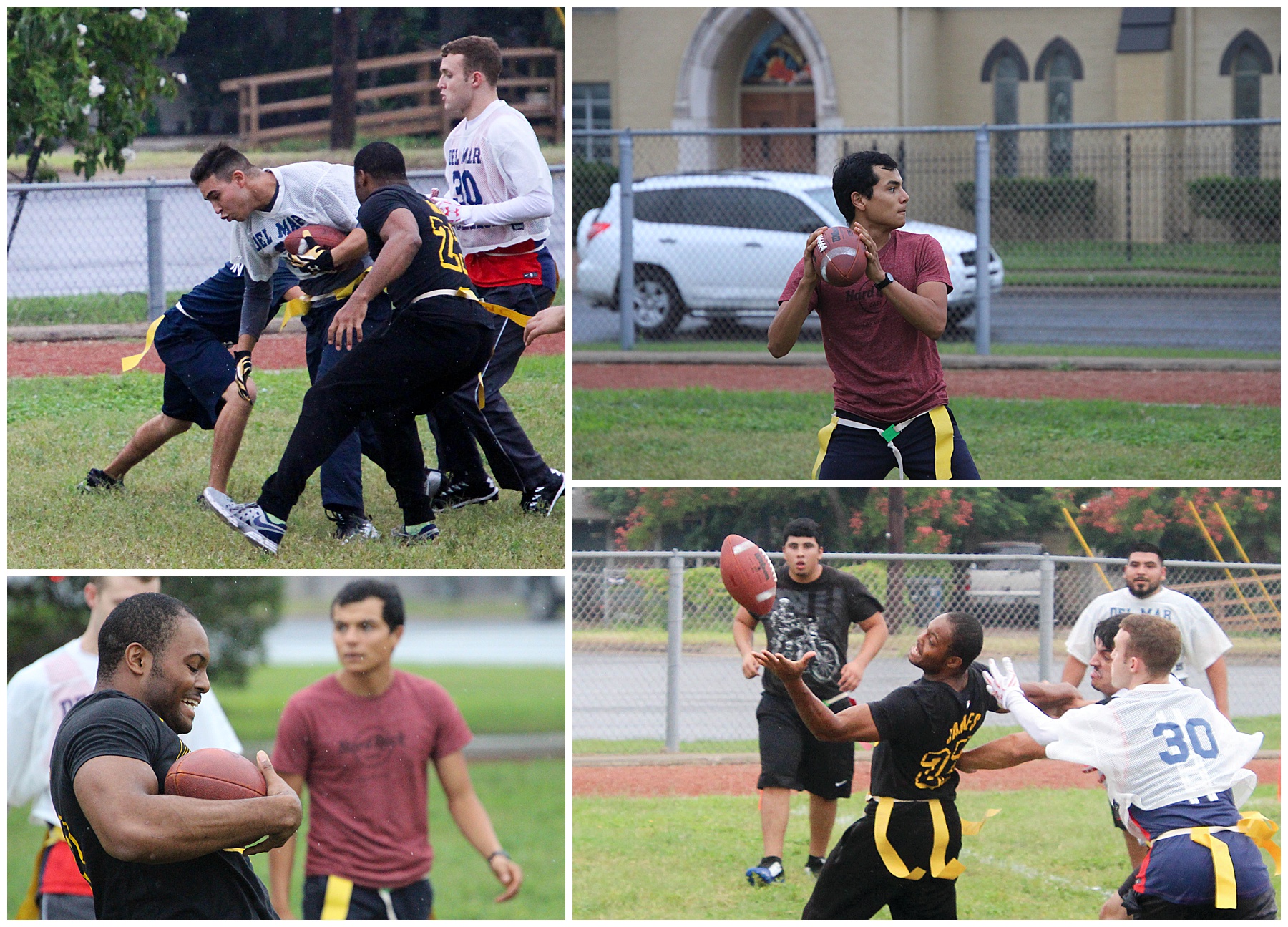 Football was the theme for intramurals as October drew to a close. Players met on the field to compete in a four-day 5 vs. 5 flag football tournament and the Quarterback Challenge.

The flag football tournament consisted of three teams going head to head to see who would come out on top.

The tournament began with team White facing off against team Shirts. Team Shirts won and continued on to the final round against team Blue.

Team Blue gave it their all but fell short against team Shirt, which took first place in the tournament.

For the Quarterback Challenge, there were four events. It began with competitors throwing footballs at targets. Players were then asked to aim their footballs into a trashcan. Finally players were told to knock over a balanced football with another football.

After all three rounds there was a tie, and a distance-throwing event became necessary to decide the top three players.

Digital media major Mauricio Cantu came out on top after taking the lead, showing amazing aim despite the distance.