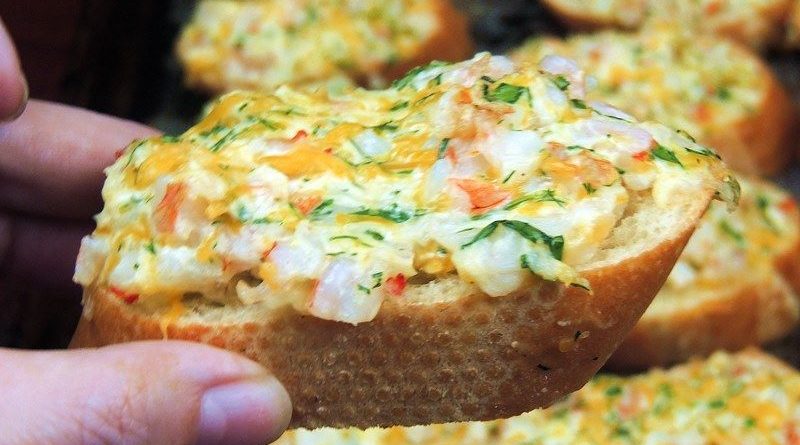 A long, long time ago I was friends with a wonderful man named Charlie. Charlie owned Luciano’s Italian Restaurant on Alameda. It’s since been sold to new owners. Throughout, I had the absolute best time getting to explore the restaurant behind the scenes.

Charlie would often laugh at my choice of favorite Italian meal. I was very predictable choosing the chicken parmesan every time I ate Italian. However, he soon made a rule that I couldn’t order the same thing twice.

I began exploring the menu and trying things that were out of my comfort zone, things like veal and dishes with vegetables. I tried taramsu and gorgonzola cheese. I discovered that traditional Italian meals don’t always include pasta. I am not a fan of the no-pasta dishes, but that’s the Americanized Italian food lover in me. This was also the time I discovered shrimp crostini. It was cheesy, crunchy perfection.

With a little begging, I was told how to make the dish. However, for the sake of time, I cheat with pre-made Alfredo sauce. If you have a seafood allergy you could always substitute chicken or forgo the meat altogether.

6 slices Sourdough or bread of choice, cut in half