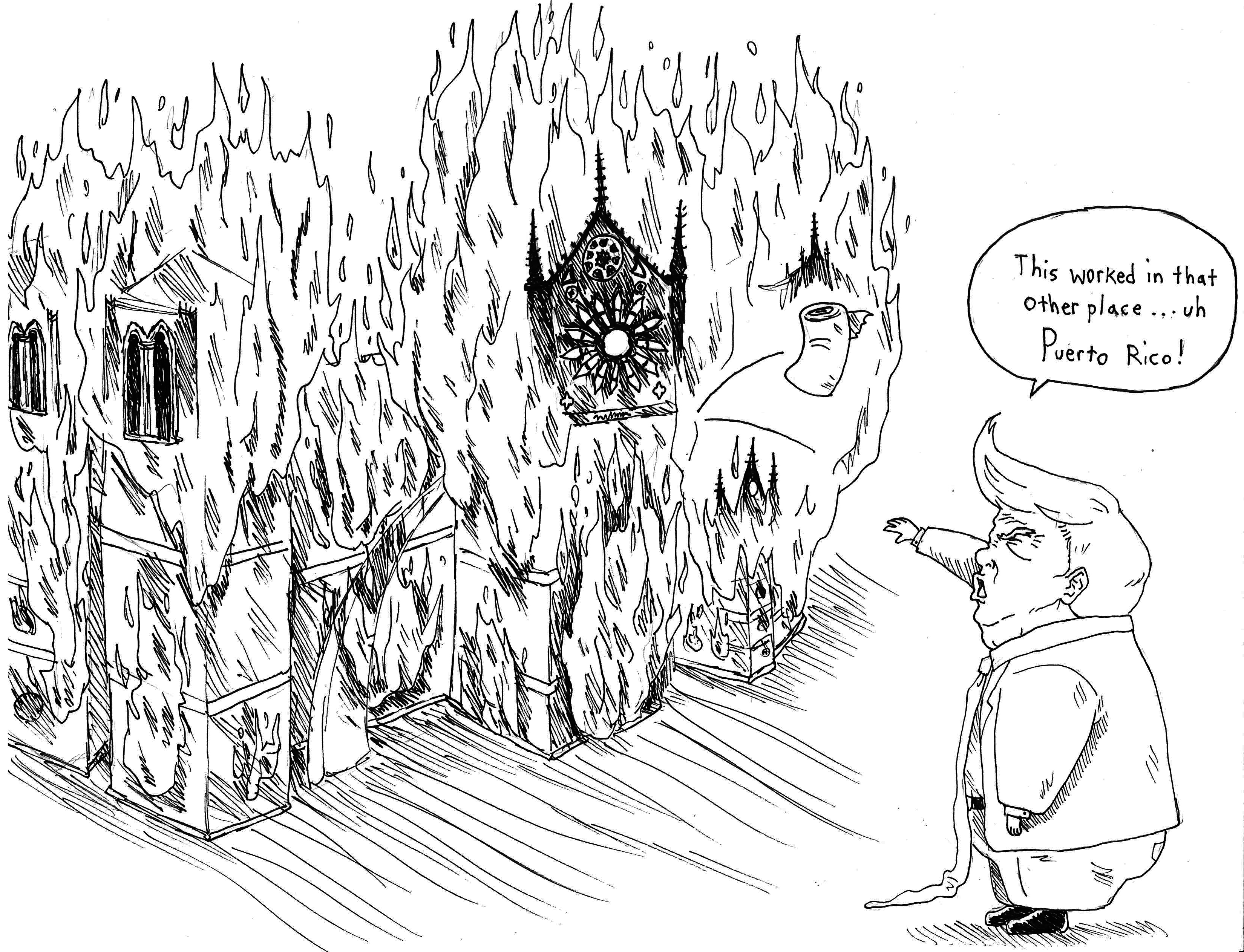 It was a shock to the world when the historic Notre Dame Cathedral in Paris, France, tragically burned down. Amid the aftermath, thousands of billionaires and wealthy families, including Americans, collectively donated over a billion dollars to help in the reconstruction efforts.

The White House even announced that it would lead a helping hand to the city of Paris. Such a widely known and respected structure deserves to be rebuilt. However, the abundance of donations and outcry over Notre Dame begs the questions, what about Flint, Michigan? What about Puerto Rico?

According to CBS News, over $1 billion has been raised for Notre Dame Cathedral. While that amount is amazing, Flint, Michigan, hasn’t had clean water since 2014. Many are saying if one’s religious practice asks you to build temples but neglect the cries of suffering children, it’s considered blasphemy.

The U.S. territory Puerto Rico was devastated by Hurricane Maria 18 months ago, destroying much of the infrastructure and leaving most of the island without adequate power.

To see President Donald Trump offer help and money to France feels like a slap to the face when he isn’t concerned about the citizens in his country. Years later, with little to no resources, the people of Flint and Puerto Rico are still having to go without some of the most basic necessities in life.

According to USA Today, people are angered that French billionaires donated more than $100 million to restore a building but would not do that to help the people of France in need. This social inequality conflicts with the fact that the people of France believe that the government does not care for ordinary people. Despite of the real problem, the building plays a big part in history. Many people cherished the historic site.

While Notre Dame Cathedral is an iconic treasure, there are more pressing matters to attend to — the Great Mosque of Aleppo in Syria being destroyed, our oceans being tainted with trash, Native American sacred sites and burial grounds being destroyed for pipelines, and the homeless and starving people of the United States.

It is safe to say that America has many home-grown problems that need to be dealt with, many of which are not getting the attention they deserve.

If the same energy that was put into Notre Dame was put into Flint or Puerto Rico, these problems could have been issues of the past. It appears the White House is more inclined to send aid to a foreign country rather than to its own citizens. Unlike Flint and Puerto Rico, the Notre Dame fire did not result in casualties. To downplay the burning down of the cathedral would be a mistake; however, it is important for Americans to not forget the problems they still have at home. The people affected by these events are still suffering today, and will forever be scarred. They, like Notre Dame, deserve to be acknowledged as well.