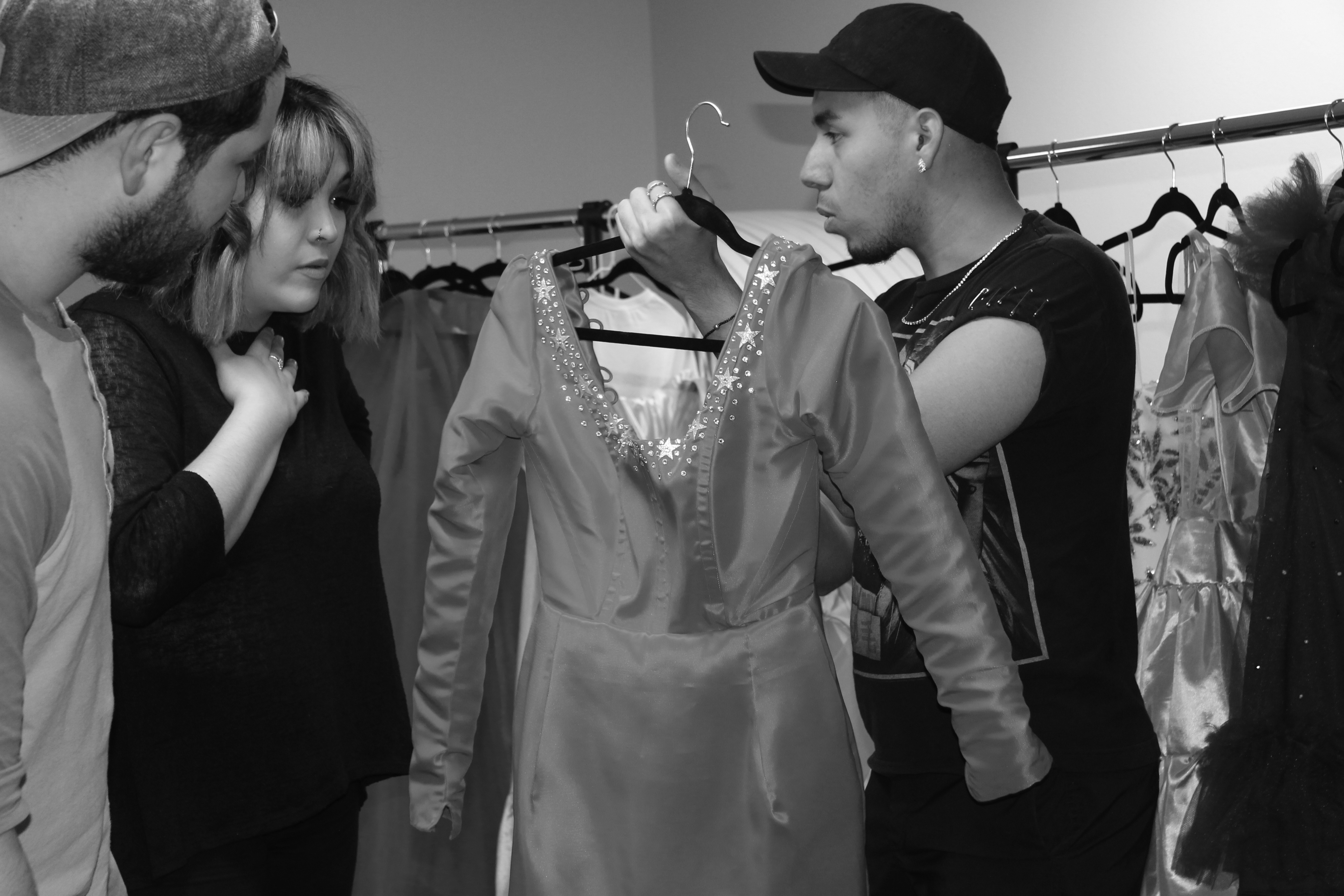 An Aransas Pass High School graduate recently held his 13th fashion show in five years before heading off to the Big Apple.

Nick “Nico” Perez, 20, released his newest collection, “Know Thy Name,” at The Bay Jewel event center on April 13. His inspiration for the collection was inspired by his trip to New York City Fashion Week in 2018 as well as the 1976 movie “Carrie.”

His interest in fashion began while taking a fashion design class in high school, where he expressed his interest in Zac Posen’s work and creations. After coming home and playing with fabric and draping it on a mannequin, he felt as if he brought a piece to life.

“I just kept draping and had gone to school the next day and said, ‘Hey look what I did,’ and Mrs. Harris said, ‘That’s the birth of couture,’” Perez said.

His first commission was during his junior year when he made a prom dress out of stretch jersey, and black lace with no lining for $50.

Perez’s original career goal was to be a band director and tattoo artist, but after experiencing the fashion course and learning how to sew he knew he had found his passion.

“When I started to make dresses that’s when I was like, ‘OK, this is it, this is what I want to do forever,’” Perez said.

His designs first started to get noticed when drag queen Blair St. Clair, who was competing in the 10 season of the reality television series “RuPaul’s Drag Race,” needed a designer.

Perez also had the opportunity to design for Nueces County Judge Barbara Canales for her “Ready or Not” foundation event. He said it was an experience to work with someone who is loved by and inspiring to many in the city.

He said working with strong women like Canales has really helped bring his brand to life.

Inspiration for his brands are “intimidating women,” women who know what they want, who know they want something special out of life but don’t know how to put it into words — and that’s when he comes in.

Although a feeling of relief comes to him when finishing a design, it also seems to bring a bit of heartbreak as well.

“I actually feel a little upset, it’s kind of like watching your child graduate, or watching your kid move out. Of course, I feel relieved, I think, ‘OK, this tool skirt I spent days detailing is done now I can breathe,’ but then it’s also a bit sad,” he said.

But when seeing his pieces walk the runway, he said he feels moved as it is not only a step toward his goal in a career sense but also a way to help his family.

Perez began designing his new collection in October of last year and creating the pieces in December. When creating his pieces, it’s not only his ideas that go into them but he puts his life into the collections.

“I haven’t seen my family in two weeks and I’m very close to my family. When they ask why I haven’t come home, I tell them I am working so you won’t have to,” he said. “When people ask why I do what I do, I always let them know I have five siblings that need someone to look up to. I have two parents who I want to rid of their financial strain; I don’t want them to feel worried anymore.”

For more information, or to see his collection, visit nicocollective.com